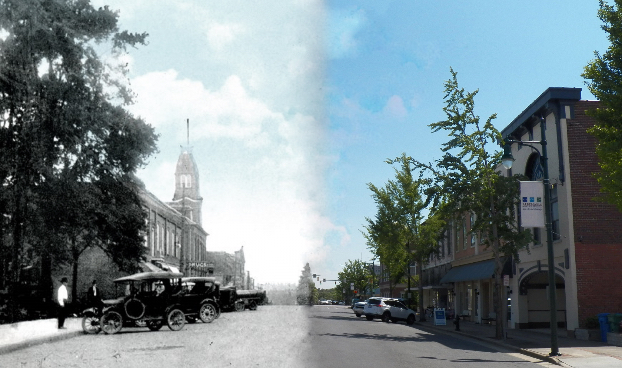 Shown is a merged image of North 2nd Street in downtown Albemarle around 1930 and in 2022. Photo courtesy of Megan Sullivan.

As part of Stanly County Museum’s newest exhibit, centered around the evolution of work in the county over the past 150 years, which debuted in August, several photographs are on display that are visually stunning.

The pictures, part of the “Stanly County: Then and Now” photo gallery, are merged images of well-known locations across the county, featuring one picture taken recently and the other taken a long time ago, including as early as the beginning of the 20th century.

Former Pfeiffer University arts professor Joshua Cross and several of his students in the art department helped with the project.

“After working so long on this exhibit and really studying how people in Stanly County have worked and just how many businesses used to be here and how much change has happened, I thought it would be really cool to see what used to be here and what is here now,” said museum director Megan Sullivan.

Since the opening of the exhibit, which featured a partnership with the Smithsonian Institution, the merged photographs have been among the most popular sections, she said.

Below are the merged images, including descriptions of each location and who took the pictures. 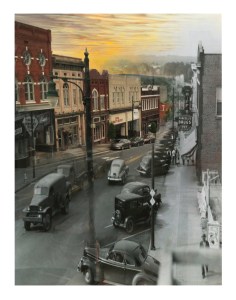 Main Street in downtown Albemarle, circa 1945 and 2022. The 1945 picture is from the Stanly County Museum collection, and the 2022 photo is from Victoria Abernathy. The images were combined by Joshua Cross. 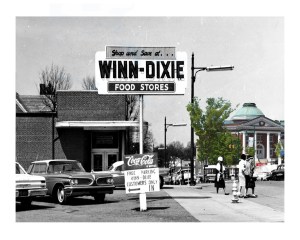 Winn-Dixie store along North First Street in downtown Albemarle, circa 1960 and the First Presbyterian Church in 2022. The 1960 photo is from the Stanly County Museum collection, the 2022 photo is by Erin Zalinsky and they were combined by Joshua Cross. 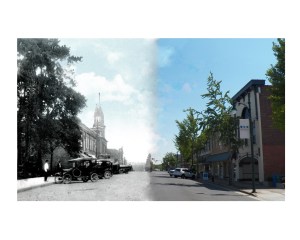 Along North Second Street in downtown Albemarle looking towards Courthouse Square Park, circa 1930 and 2022. The 1930 picture is from the Stanly County Museum Collection and the 2022 picture is from Joshua Cross. They were combined by Cross. 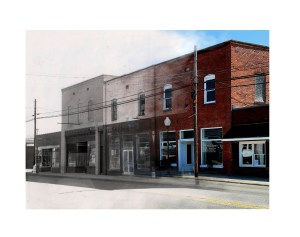 Main Street in downtown Oakboro, circa 1910 and 2022. The 1910 photo is from Stanly County Museum Collection and 2022 picture is by Joshua Cross. They were combined by Cross. 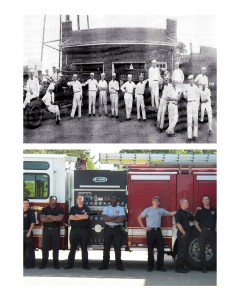 Albemarle firefighters, circa 1938 and in 2022.  The 1938 picture is from the Stanly County Museum Collection and the 2022 picture is by Erin Zalinsky.

Also included in the exhibit is a number of before and after photos, including one of former First National Bank at the corner of Main Street and North Second Street in downtown Albemarle around 1965 and Pinnacle Bank which now stands there. The 1965 photo came from the Stanly County Museum Collection and the 2022 photo was taken by Erin Zalinsky. 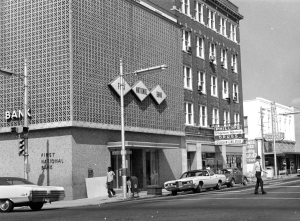 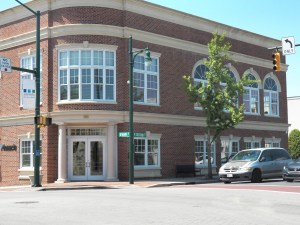 The exhibit also includes an interactive 9-foot by 4-foot magnetic drone photograph of downtown Albemarle, covering covering from U.S. Highway 52 to the historic Five Points District and from South Street to North Street.

She said visitors are able to create and learn what downtown Albemarle looked like with 19 magnetic pictures of businesses and houses that used to cover the landscape.