Dahle talks about decision to sell Tiffany’s At The Boardroom, her future 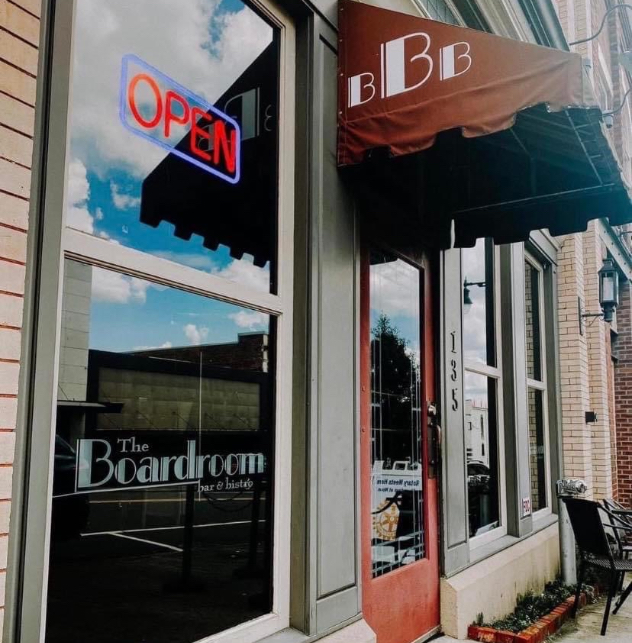 Tiffany's At The Boardroom will be closing in the coming months as owner Tiffany Dahle is in the process of selling her business. Photo courtesy of Tiffany Dahle.

Every day for the past past seven and a half years, Tiffany Dahle has been focused on the success of her businesses: A catering and events company in downtown Albemarle that eventually morphed into Tiffany’s At The Boardroom, a restaurant-bar-entertainment venue on West Main Street “where EVERYONE is welcome,” according to its Facebook page.

But things are about to change. Dahle is in the process of selling the Boardroom, which as of now would also include her catering business, she announced earlier this week on Facebook. She will not go into specifics regarding who will be taking over the space, but told The Stanly News & Press in an interview Wednesday afternoon that negotiations have been ongoing for about a year.

She estimates the business will close sometime in March, though no specific date has been set. Until then, the hours will stay the same and she is looking forward to bringing back popular musicians and comedians that have performed in the past. She also plans to tweak the menu, bringing back some old favorites and introduce new items.

“It has been an intense roller coaster,” she said about coming to terms with parting with the Boardroom. “Any chapter closing is always going to be emotional.”

Dahle said she will miss all aspects of her business, especially forming relationships with her customers and hosting fundraisers for businesses and nonprofits that perform good work in the community.

“I will miss those connections,” she said. “Being a part of something that is so much bigger and so important to somebody.”

Dahle purchased the building in 2018 and opened the restaurant in September 2019. The location, which had been renovated by former mayor Roger Snyder in the late 1990s, was previously The Boardroom Bar & Bistro.

As hard as it has been for Dahle, who said she struggles with change, it has been equally tough for her family, especially her children.

When she and her husband Jeff informed her two kids about her decision to sell the business on Christmas Eve, Dahle assumed they would be excited to get to spend more time with their mother. But upon hearing the news, her 7-year-old daughter Harmony broke into tears, she said, while her 11-year-old son Abyl was initially shocked and not happy. 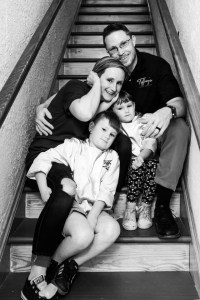 Tiffany and Jeff Dahle with their children Abyl and Harmony. Photo courtesy of Tiffany Dahle.

Though she has many things she still wants to accomplish, Dahle, 40, is not sure she will open up another business. Part of her calculation is based on what occurred last September, when several people criticized and boycotted her business for hosting a weekend drag show event. Having lost some once loyal customers as a result of holding the show, she said it changed the “entire perspective on the place that I grew up.”

For her part, Dahle is looking forward to spending more time with her family. On the Boardroom’s Facebook page, Dahle wrote she is excited about catching up on missed time with family and friends, visiting every downtown in North and South Carolina and watching Netflix. Her daughter recently volunteered Dahle to serve as “classroom mom” for her first grade class at Central Elementary.

“I want to be as active as humanly possible with my family and in my community,” Dahle said, including spending more time involved with local nonprofits.