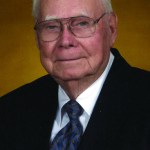 Hardister, who was 97, was a charter member of Bethany Volunteer Fire Department, which was created in 1956. He went on to serve for more than 30 years, before retiring in 1988, according to his obituary. During his tenure, he was fire chief for more than a decade and was Bethany’s Fireman of the Year in 1965, 1972 and 1986.

Hardister was also the Stanly County Fireman’s Association Fighter of the Year in 1965 and president of the association in 1974.

In addition to his service in Stanly County, Hardister served in the United States Army during World War II in Rome with the 88th Infantry Division.

“He was always my hero,” said his son Ronnie, his only child, adding that his father inspired him to become a firefighter at BVFD. He believes his dad was the last surviving founding member.

Ronnie said his father dedicated his life to “the service Jesus Christ, his church (Prospect Baptist Church), his country and his community and I’m proud to be his son.”

Mark Dry, another former BVFD firefighter who spent more than 20 years working with Hardister, described him as a man devoted to his job.

“You could not have asked for a better leader,” Dry said, noting he went to the station every day after work to make sure the truck and equipment were in perfect operating condition. “His dedication to Bethany was astounding.”

It was important for Hardister that his firefighters and first responders were fully trained and had the confidence upon training to handle any situation that might arise, Dry said.

During mutual aid calls, Hardister would work together with Albemarle firefighters, including Morgan, who was a few weeks shy of his 80th birthday when he died. 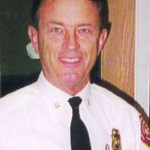 Morgan retired from Albemarle Fire Department in 2003, after 39 years of service, according to his obituary. He was eventually promoted to battalion chief, a position he held until his retirement. Morgan was also a lifelong employee of Morgan Motor Company, which his father started and passed on to him and his brothers.

Eddy McDaniel, an Albemarle firefighter for 36 years, including about eight as chief, spent much of his career serving alongside Morgan, who he said had a passion for the job.

“When it came to fighting fires, he wanted to be the first one in the door,” he said. “He was a good act to follow in that sense.”

But he was also compassionate towards the people impacted by the fires, McDaniel said, noting he did his best to try and retrieve animals, such as a cat or dog, that might still be in the burning building.

“Helpful, caring and kind are the three words that describe my bother,” Craig’s younger brother David wrote on Facebook.

Fifteen years younger than his brother, David wrote that he saw Morgan “not only as my brother, but as a superstar,” adding that he was able to bring one of his Central Elementary School classes to the department for a tour given by his brother.

With regards to both Morgan and Hardister, they “were just dedicated leaders and they will always remain in the brotherhood of firefighters,” Dry said.