A man has been arrested for second degree murder. 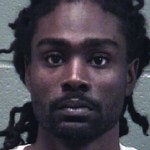 Detectives with the Stanly County Sheriff’s Office Criminal Investigations Division and Narcotics Division received a case Wednesday in reference to an overdose that resulted in the death of the victim. During the investigation detectives developed Gary Demetrius Crump Jr. as a suspect.

Crump, 29, of Albemarle, was arrested on Friday and charged with second degree murder and death by distribution.

Crump, who has an initial court appearance of Jan. 17, was placed under a $1.7 million secured bond.

The Sheriff’s Office reports it will not know the overdose substance until a toxicology report is complete.