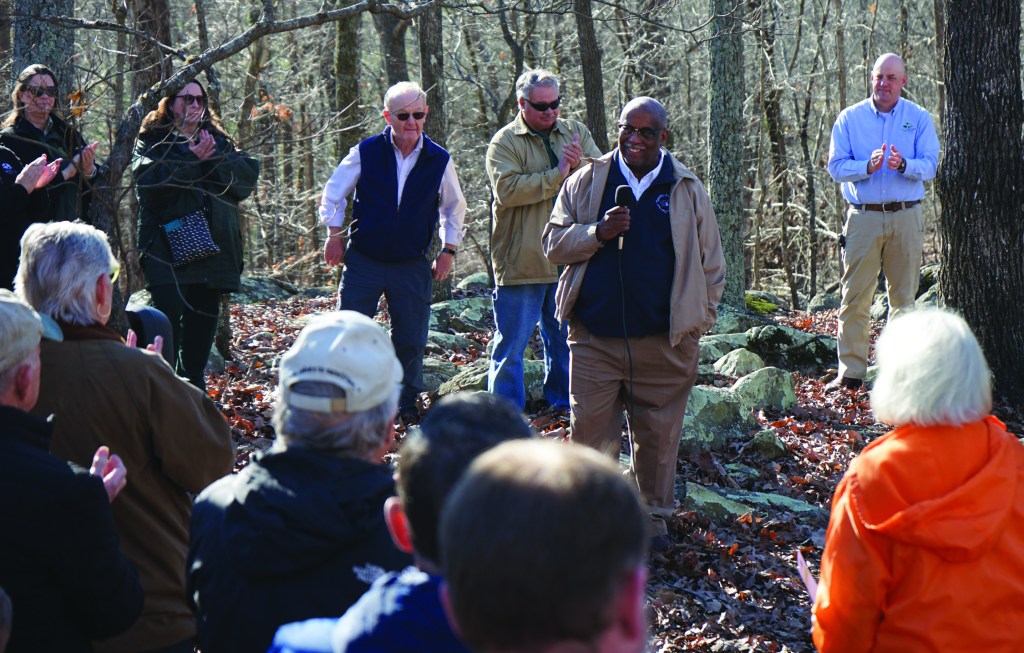 A tract of 215 acres just east of Stanly Street in Badin officially became part of Morrow Mountain State Park on Friday at a public ceremony held on site to celebrate the occasion.

Travis Morehead, executive director of Three Rivers Land Trust (TRLT), welcomed the approximately 35 citizens in attendance, and recognized a number of officials from state and local agencies involved with the acquisition and transfer of the property.

“You are standing in what I would call the cradle of civilization for North Carolina,” said Morehead, noting the site’s location and heritage.
“We are only about a mile south of the Hardaway Site, and about the same distance north of the Lowder’s Ferry Site,” he added, referring to areas which have yielded significant archaeological data on the Native Americans who once occupied the area.

“While we want to see the benefits of growth here in North Carolina, we also want to keep the North Carolina we grew up with,” he said, citing the land transfer as an example of how that can be accomplished.

Morehead then introduced Badin native and NC Department of Natural and Cultural Resources Deputy Secretary Jeff Michael, who has been a key player in preserving the history and heritage of the area by his work with the predecessor organizations of the Three Rivers Land Trust, namely the Yadkin-Pee Dee Lakes Project (now Central Park NC) and the LandTrust for Central North Carolina, which evolved into what is now TRLT.

Michael recalled the beginning of the process in 1994 that led to the present-day acquisition and transfer of the 215 acres to Morrow Mountain.

“Our offices with the Yadkin-Pee Dee Lakes project were in Badin, and we had set a goal of forming a regional land conservancy similar to those in other parts of the state. We were contacted by Mayor Margaret Klutz of Salisbury who told us that there were a few folks in Salisbury who would get behind this idea,” he said.

“So I drove up to Salisbury and made the presentation. We had put together a budget of what it would take to bring this about, and about a week later I got a fax from Fred and Alice Stanback, who had attended the presentation. It was a handwritten note that said, ‘Jeff, Alice and I think it can be done for less, but because we believe in what you are doing, we will pledge half of what you said you need.’ ” 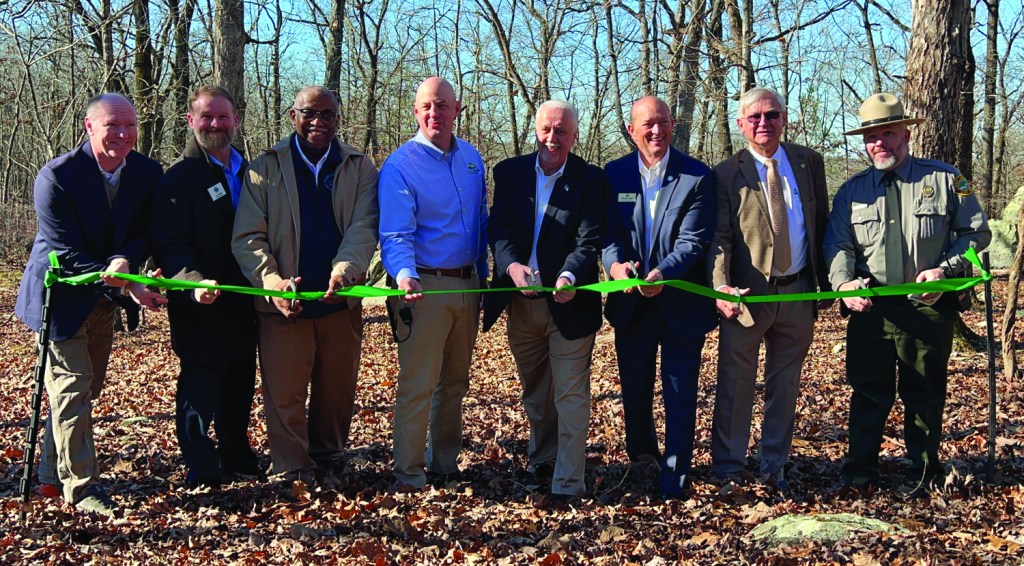 Michael introduced Dwayne Patterson, director of North Carolina State Parks, who invited those in attendance to close their eyes and be silent for 15 seconds.

At the conclusion of the silent period, during which the chirping of birds and rustling of leaves by the wind were the only sounds, Patterson emphasized the importance of opportunities to experience these quiet times, which he described as “zen moments,” amidst today’s world.

“That’s a big part of what our state parks provide,” he said. “We all need to be able to take time to enjoy what God has given us.”

Patterson continued with a visual example.

“I’ve gone to churches that are very ornate in their design and decor,” he said, “but where else can you go where the tapestry is painted by God Himself?” he asked.

“To add more property to Morrow Mountain is an awesome thing,” he said, noting that six years earlier, when he came on as superintendent, the park consisted of 4,742 acres.

“In all, in the last six years we have added six new units of land to Morrow Mountain, bringing the current size of the park to 6,096 acres.”

“We got a great gift from Alcoa,” Davidson noted, stating that the aluminum corporation had donated an additional 1,085 acres in 2020.

“That’s a pretty big jump,” he added, explaining that the park staff is currently involved in a planning process to determine how the additional acreage will be utilized. Davidson identified development of trails, additional parking and restroom facilities and protection of historic areas such as the Hardaway Site as primary concerns.