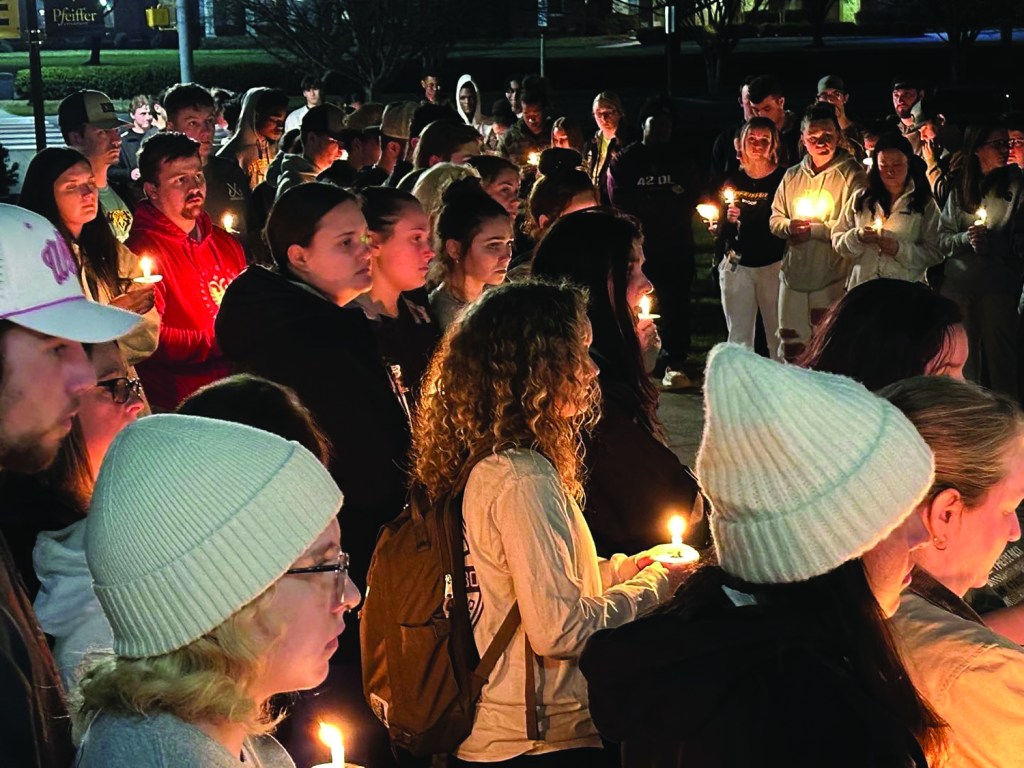 Pfeiffer University students, staff and faculty participate in a vigil Wednesday night on the Misenheimer campus. The university will have a memorial service Wednesday in the Henry Pfeiffer Chapel. (Photo courtesy PFEIFFER UNIVERSITY)

The past couple of days have been difficult for students, staff and faculty at Pfeiffer University as they continue to mourn the passing of 18-year-old Lily Taylor, who died Wednesday following a four-car traffic accident on N.C. Highway 24-27 east of Albemarle. 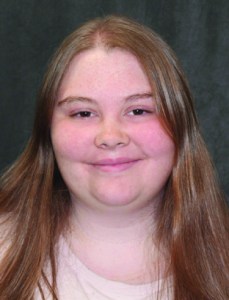 “Pfeiffer is full of hope and aspiration, and so was Lily,” said Pfeiffer President Dr. Scott Bullard in prepared comments to The Stanly News & Press. “Sadly, when a community experiences a tragedy such as this, it impacts the entire campus. This could have been any of us. Lily reminds us that how we use our time matters.”

“Although Lily was on campus for a brief time, her positive impact is evident in the lives of her peers,” he continued. “Our Pfeiffer community will do everything possible to support Lily’s family during this difficult time as we grieve alongside them.”

A sign outside the university was lit with the words “We Remember Lily” shortly after her death. A candlelight vigil was held Wednesday night, with students assembled outside of the Stokes Student Center.

“She was amazing,” said her classmate and good friend Destiny Wilson, who noted that Taylor played a key role in helping get her through her first semester of college. “Once you got to know her, she was the best person you could ever meet.”

Wilson, who is 19 and from Rowan County, emphasized Taylor’s kindness, noting that her friend would help anyone who needed it, regardless if she knew them.

“Taylor was one of a kind,” she said. “If you needed help with an assignment, she was right there. It didn’t matter if you were someone that she had never met before and you came up and said, ‘Hey, I need help.’ She was right there.”

As someone who was outgoing and energetic, Wilson said she always felt good being around her friend.

“You could not not see her smile and feel her smile,” she said. As stressful as college can often be for first-year students, “she was never unhappy.”

While the last few days have been incredibly difficult for Wilson, she appreciated seeing so many students take part in the vigil Wednesday night. Taylor’s grandparents, who she lived with in Mount Gilead, were also in attendance, Wilson said.

“I know it was a hard time, but seeing how many people that Lily had touched…I know that she was smiling,” Wilson said. 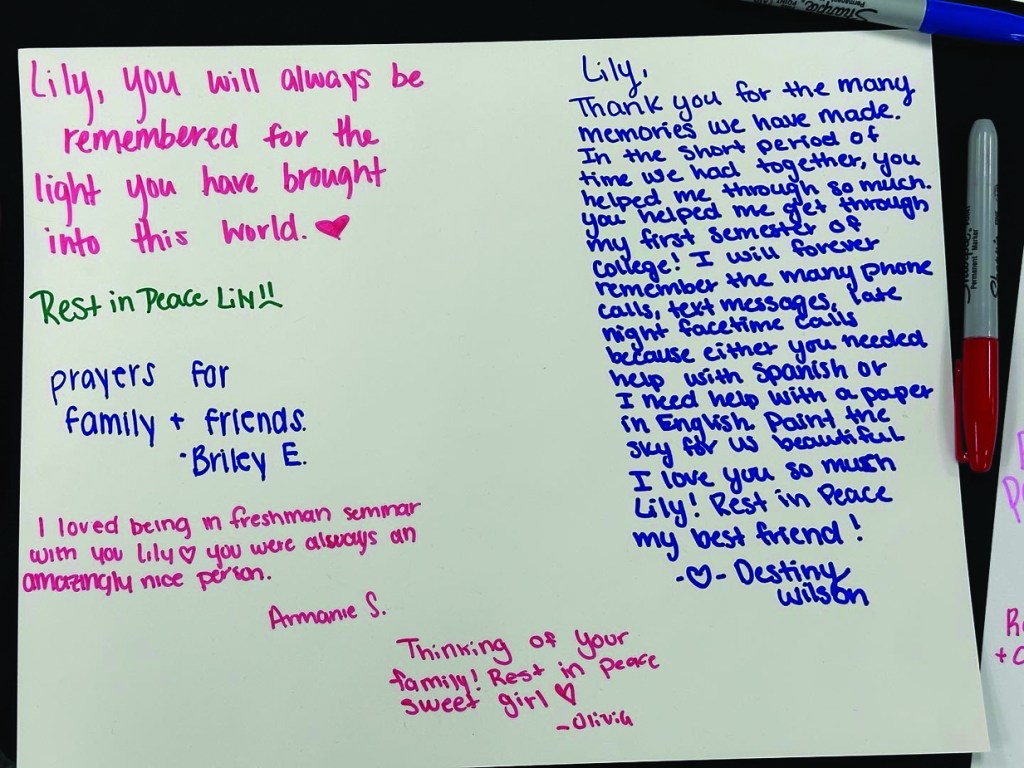 Pfeiffer students have written memories of their short time with Lily Taylor as a way of coping with her loss. (Photo courtesy of Pfeiffer University)

Brittney Washington, a former Pfeiffer admissions counselor who worked closely with Taylor and her family through the enrollment process, was impressed with her maturity and independence to leave her home state of Massachusetts to come to Pfeiffer.

“Lily just had a different personality than some of the other 18-year-old kids that I brought in,” Washington said. “She kind of handled everything by herself and she was taking on what I think was a big task, moving all the way from home.”

Any time Washington spoke with Taylor, “she always asked me how I was doing, so she always put others before herself,” she said. “For an 18-year-old kid to do that, it just shined light on who she was as a person.”

“She’s a spirit that is going to be missed,” Washington added. “In the short amount of time that she was at Pfeiffer, she definitely left a lasting impression, especially on me.”

Justin Fainter, Taylor’s first-year seminar instructor, said that, as a student, she was “brilliant…everything she did was top notch,” adding that she got along with her classmates and took on leadership roles whenever she was part of a group.

“She was willing to share anything she could share with anybody else,” he said, noting she was always willing to stay after class to provide extra help to anyone who needed it.

On a lighter note, Fainter, who is also the college’s tennis coach, said Taylor had an “elite eye roll” and whenever he was attempting a joke, he could always tell if it succeeded based on how Taylor responded. “I could always tell if I told a good joke because she would actually laugh because otherwise, I just got a little smirk.”

As part of the first-year seminar class, Taylor did not yet have a major, but Fainter expressed how much she enjoyed working with young children.

“She was really a great kid all the way around and she will be missed in our class for sure,” Fainter said.

The university will have a memorial service for Taylor at 10 a.m. Jan. 18 in the Henry Pfeiffer Chapel.