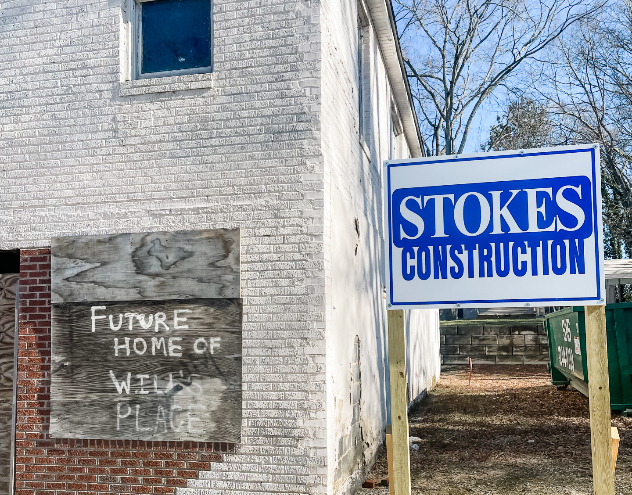 Will’s Place took a major step towards moving into its new headquarters near downtown Albemarle as ground was officially broken recently for the construction of a 9,000-square-foot, three-story property at 540 N. First St.

The plan is for the recovery resource center, which transitioned from its downtown Albemarle space across from the Stanly County Courthouse to a site at the Sun Plaza shopping center along N.C. Highway 24-27 two years ago, to move into its new location sometime this summer, founder and executive director Allison Hudson said.

She said the uplift should take about four to five months. Stokes Construction is the general contractor for the project.

“It’s honestly kind of surreal,” Hudson said about the new location, which she had her eye on all back in 2015, when she decided to open a sober living facility. “We’re going into our sixth year of being open. We’re in a really good place with our employees and our programming and to have a permanent location — it just kind of grounds us and I feel like it will allow us to grow and expand and set our roots within Albemarle.”

The words “Future Home of Will’s Place” are scrawled in big white letters on the outside of the building. 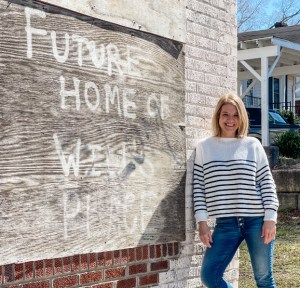 Allison Hudson stands next to the property that will serve as the new headquarters of Will’s Place. Photo courtesy of Allison Hudson.

The construction of the new facility, which will include a private counseling room, retail space and meeting space, and an outdoor prayer and meditation garden, was made possible thanks to a $1.5 million grant Will’s Place received as part of the state budget passed in late 2021.

Since opening its doors six years ago, the organization has helped more than 1,700 individuals and families get access to key resources such as detox centers and rehab programs in the area. Will’s Place offers services such as recovery programming, youth programs, a summer camp for kids, 12 step meetings and family support groups.