Every team needs one: an extrovert, maybe a bit of a comedian, definitely a storyteller.

They keep the players loose and relaxed, especially going through a tough basketball season. The University of North Carolina had that kind of a guy for two seasons from 1948 to 1950. 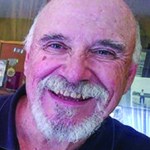 Benton “Red” Bennett had been an outstanding high school basketball player down in Stanly County, the “best player I ever coached,” according to his coach N.E. Lefco. But after graduation, Bennett enlisted in the U.S. Maritime Service to serve in WWII. After the war, Red enrolled at Pfeiffer Junior College, where in 1947, the Greensboro Daily News reported that he was the only college player in the state to score more than 500 points that year.
That performance got the attention of North Carolina coach Tom Scott, who recruited the 6-foot-4 forward to finish his college education at Chapel Hill. Bennett would be a backup to star center Nemo Nearman on two successful Tar Heel teams. In 1948-49, North Carolina went 20-7 and then posted a 17-12 mark the next year.

Slightly older and more experienced than most of his teammates, Red didn’t have many highlights as a hoop star, but the red-headed narrator always captured the attention of his teammates with his hunting yarns.

Red had been hunting ever since he was old enough to walk behind his Daddy. The Bennetts had the reputation of raising the best hunting dogs in Red’s hometown of Norwood.

Neighbors often borrowed dogs for a rabbit hunt or a night of possum hunting. Red liked rabbit hunting for the same reason he favored chasing possums. He loved to listen to the music of his dogs, “the best tonguers,” he would say, “in all of North Carolina.”

“Down in our country, we like possum hunting for the sheer sport of it. There is nothing like listening to good dogs as they set out on a trail. You can differentiate between them by the music they make,” Red explained in a 1949 interview. “You can tell when they hit a trail, when they really get hot on that trail, and when they tree. I can tell my dog the minute he opens his mouth.”

Bennett said that they would never shoot down the possums after they were treed.

“We either go up and shake them down or grab ‘em and put ‘em in a gunny sack. I’ve met some that were smart and tough. Occasionally, one will put up a surprising fight and I never saw one roll up and play dead. Trying to take a snarling, snapping 10-pounder out of a 40-foot tree isn’t so easy in the middle of the night.”

Bennett liked to tell the story about the “smartest possum he ever encountered.” It was an early fall hunt, “and the boys brought their best dogs for the occasion. The dogs struck a trail but after three hours they still had not treed the critter. Finally, the dogs were making the treeing music and we started in toward the hounds. But we were stumped when we got close as their music was taking us right out of the woods into a meadow. In due course, we came upon the dogs who were running up and backing away from a big hulk on the ground. The smell was strange and disturbing. Getting nearer we saw the shining eyes of a crafty possum that had hidden inside the carcass of a dead horse. Even the bravest of the dogs wouldn’t go near it.”

Red Bennett had some tips on possum hunting that are still probably valid today:

1. Don’t look for possum in the wildest country. They are scavengers and will be found near human habitation.

2. Best place to look for possum is in the country that has persimmon trees.

3. Best time to go for them is the evening of the first day after a two or three-day rain. Then there is just enough dampness to make for good trailing, but not enough wet foliage to annoy the hunters.

4. The prime virtue of a possum dog is sticking to the trail and not deserting it for a rabbit, raccoon or skunk track that is hotter.

Red Bennett would coach some basketball at Snow Hill High School, and later he would be vice president of Tobacco Processors in Wilson.
He would often tell folks that his favorite dish was succulent roast possum with sweet potatoes.

I think I’ll take a pass on that one.

Mike Wood is a sports columnist for The Daily Advance in Elizabeth City.