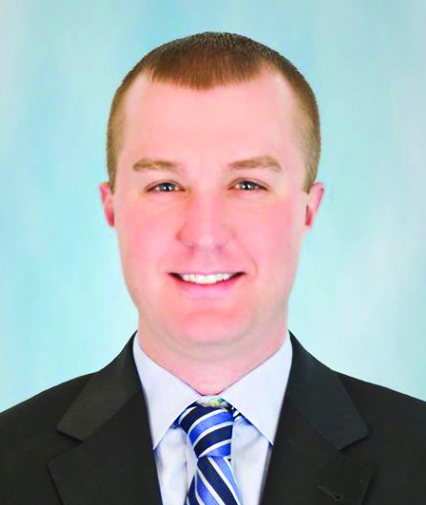 Board chooses language to change in current General Assembly statute

A potential 1/4 cent sales tax increase in Stanly County could possibly read differently on the November ballots after a special meeting Monday by the Board of Commissioners.

The Board passed a motion concerning what language it would like to see added to a General Assembly act currently being proposed by Moore County representative James L. Boles (R).

The Board’s recommendation was to add the phrase “to be used only for public education purposes. For example, the tax on a purchase of one hundred dollars ($100) would be an extra 25 cents (0.25 cents).”

County manager Andy Lucas said the committee meeting in Raleigh regarding the Moore County bill to amend the language of the ballot item was scheduled for Wednesday morning, so Stanly’s representative, Justin Burr (R), had time to get the language included in the drafting of the bill.

“It doesn’t lock you into putting this on the bill in November,” Lucas said.

“If you did put it on the ballot…it would change the wording of it.”

The bill would have to pass both the state House and Senate, which Lucas said was not guaranteed to pass according to a conversation with Burr.

A handout to the board stated the Moore County bill included the phrase “public school construction, repair and renovation purposes.”

Lucas and the staff put together three suggestions in terms of wording which the Board could choose or not to recommend per a request from Commissioner Matthew Swain for discussion purposes, not recommendations from the staff.

The first option, similar to two previous ballots, contained the phrase “public education and public safety purposes” which could include using funds for 911, fire and other county services as well as schools.

Another option specified in more detail what money would go toward, using the phrase “public school operating, technology or building construction, renovation or repair purposes.” This third option listed on a handout to the board was specifically for public schools only.

The option chosen by the board is much broader, Lucas said, and can be used for both Stanly County Schools and Stanly Community College.

A resolution from the board to the local election board to add the 1/4 cent sales tax ballot item has to be passed before Aug. 6 in order to be included in the November elections, Lucas said.

Commissioner Ashley Morgan asked about the wording, proposing hypothetically 10 years down the road “if they decided to change it, would this handcuff them? Would they have to put it on the ballot to change it?”

Lucas said the Board has to appropriate the funds, and if it wanted to change it in the future, a local bill would have to be introduced and approved by the Commissioners.

“Once you put this on the ballot and prescribe it as statute for those purposes, you would have to appropriate it for those purposes in perpetuity until you took the sales tax away, which you could do, or wanted to change the wa

y it was allocated.”

Commissioner Scott Efird expressed his support for the tax but said his issue about the amended language was to “handcuff that Board for whatever wording you put on here” for future boards.

Efird said the tax had a better chance of passing with the full support of the Stanly County School Board “to do your homework early.” He liked the example of the $100 purchase but wondered if anyone would read that part “once they get to this point before checking the box.”

Vice Chairman Gene McIntyre said future boards would have to go back to the legislature if the money was to be used for things other than schools.

Commissioner Bill Lawhon said, “I don’t care how you word it. You can word it any way you want to…what’s going to pass the sales tax is for the school board, the administration, the principals, the teachers, all those folks being in this 100 percent. If they are in 100 percent, I’m in.”

Lawhon said informing the voters on what the sales tax would do for students would compel voters in the county to support it, saying voters “do care about the students in our schools.”

He added his concern about a resolution handcuffing other Boards but added he thought regardless of the language, “we have got to make citizens understand why this is being done and why we support it.”

Lawhon also said a ballot language change “will not determine whether it passes or fail” but the support of educators and principals as well as elected officials “spreads the word about what we need.”

Lucas responded saying in a conversation with SCS Superintendent Jeff James, the new super said has information ready to inform students and their parents what changes would be made with the new tax money, showing how funds would be used in each school.

When asked if James was able to send out that information to students and parents, Lucas said he can’t ask for people to vote for it but James can tell people what SCS plans to do with the money.

“We won’t know what’s going to be on the ballot until this bill goes through,” Lucas said.

McIntyre said voters will want to know how the money will be distributed before voting for it.

Morgan said he felt the second option was the best saying public education covers SCC and public schools “and simplifies the last part. When you tell them 1/4 cent, it does not register how much. By having that there, it’s your last line of defense.”

Swain talked about his personal experience of sharing cards with information about what the tax increase could provide in previous elections.

“When I campaigned for it running for commissioner…most people handed them right back to me,” Swain said, adding people replied they would not vote for a tax. “The commitment to this seals the deal. If I’m going to pay more tax, at least I know where it’s going.”

Lawhon said the idea of telling future Boards what to do with the potential money from a tax “is big government and I’m not for that.”

Chairman Joseph Burleson said the Board already dictates certain things to future boards, using the examples of when the county borrows money or gives a contract to a county manager.

“Everything this Board does has some type of impact on future members or action taken,” Burleson said.

Morgan said there will always be a need for funds for education in the future “no matter what year it is. Technology is always changing so you’ll always have that need.”

McIntyre responded saying “you are your own Board; it’s always changing.”

Lawhon said support has not always been there from the School Board but now “everyone wants to jump on the bandwagon. A 1/4 cent tax is the most

fair…unless we do our job getting the word out it doesn’t matter what it says on the ballot” with “we” referring to commissioners and school board members.

James, who was in attedance at the meeting, said he planned to draft a resolution for the school board for its meeting this week to show its support for the sales tax.

“I could do it tomorrow night. We could get it out of closed session and get it in open session,” James said.

James added he already had a number of items in place ready to go to build support for the sales tax later adding if the tax could generate upward of $1 million saying “I wouldn’t have to come back year after year trying to get a budget increase.”

Lucas said the estimated revenue from the tax as of the current economy in Stanly could be upward of $1.5 million but it could be less.

Lawhon said part of the education of students in Stanly County includes SCC which he said should be included “as far as education goes for a sales tax.”

When the question was raised who would determine what percentage of the tax money would go where, Burleson said that would be up to the School Board.

“We have a radio tower that has to be built, an operation center that needs to be built, in my opinion. We have an EMS base that will have to be relocated. There are a lot of things there,” Burleson said.

Efird noted potential sales tax revenue could free up money in other parts of the budget to assist safety services.

Morgan made the motion to change the language to the second option and it was seconded by Swain.

Before the vote, Burleson made two comments about the change in language. He noted the change could allow the paying off of existing debt by SCS. Burleson also said due to Article 44 sales tax money already comes into the county for schools but “our hands are tied” for what it can be used.

On Thursday, the Board will have a budget workshop starting at 4 p.m. in a meeting open to the public at the County Manager’s Conference Room at Stanly Commons.

The next regularly scheduled meeting for the Stanly County Board of Commissioners will be this Monday at 6 p.m. at Stanly Commons.

NCDOT to put four-way stop on Hwy. 73 and Millingport Road by Tuesday 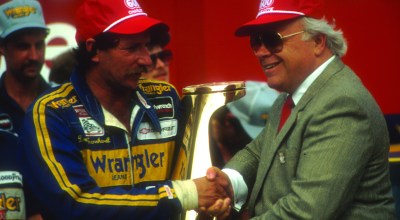