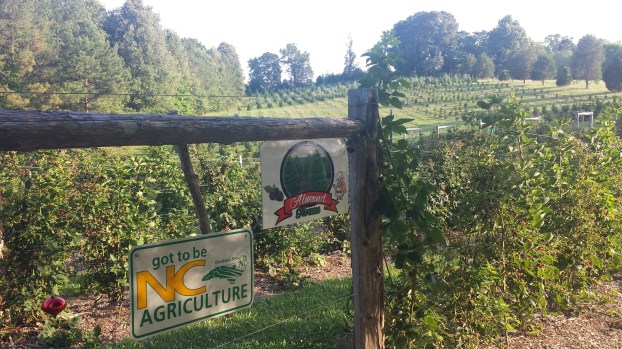 The Almond Farm awaits fans of blackberries for its first festival celebraties the fruit. The event next Saturday also acts as a benefit for 4-year-old Tate Whitley, a leukemia patient.

One local farm has plans to start a new annual tradition with a festival celebrating the blackberry.

The festival will feature local arts and crafts, food and other vendors.

Earl Almond, owner of Almond Farms, said the idea for a festival came after repeated trips to sell his blackberries and homemade blackberry products at the Stanly County Farmers Market in downtown Albemarle.

“We were spread a little thin,” Almond said, noting a period during the summer in which the farm “had a lot of ripe berries at one time.”

The idea also got some momentum from a similar festival in the High Rock Lake area which grew too fast, when suddenly 5,000 people attended that event.

Big E’s Smoke House BBQ, an outshoot from the Almond farm, will also have a benefit for Tate Whitley, a 4-year-old Aquadale resident who was diagnosed in June 2017 with leukemia. Plates are $8 (including barbecue, slaw, chips, bun and dessert) and tickets can be purchased in advance or at the farm. 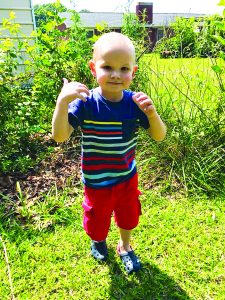 “We wanted to help out. I can’t imagine what they are going through. Hopefully, we can sell some barbecue plates and raise money (for the family). Everything goes to them,” Almond said.

When the idea of the festival came about, Almond said he was approached by people regarding the possibility of having vendors at the free festival. A number of vendors have signed up for the festival, offering products from jewelry and soaps to homemade furniture and more, according to Almond.

“We are adding things daily so we will see how it goes,” Almond said. “I don’t have any idea how many people will show up.”

Blackberry enthusiasts can pick their own berries in the fields or purchase pre-picked berries at the festival, including a myriad of Almond Farms products. Some of the more popular are the homemade blackberry jam, as well as the blackberry barbecue sauce made with blackberry juice, honey and brown sugar. Honey extracted early before the bees are finished pollinating the blackberries will also be able.

Kids and families will have the chance to pet the farm’s miniature donkey, as well as enjoy the playground area, picnic tables and Christmas tree farm. Handicapped-accessible restrooms are also available on site.

“This is the first time doing this; my wife thinks I’m crazy,” Almond said.

Almond Farms is at 20560 Biles Road in the Millingport community, just off of N.C. Highway 73.