Football players get chance to shine at North Stanly camp 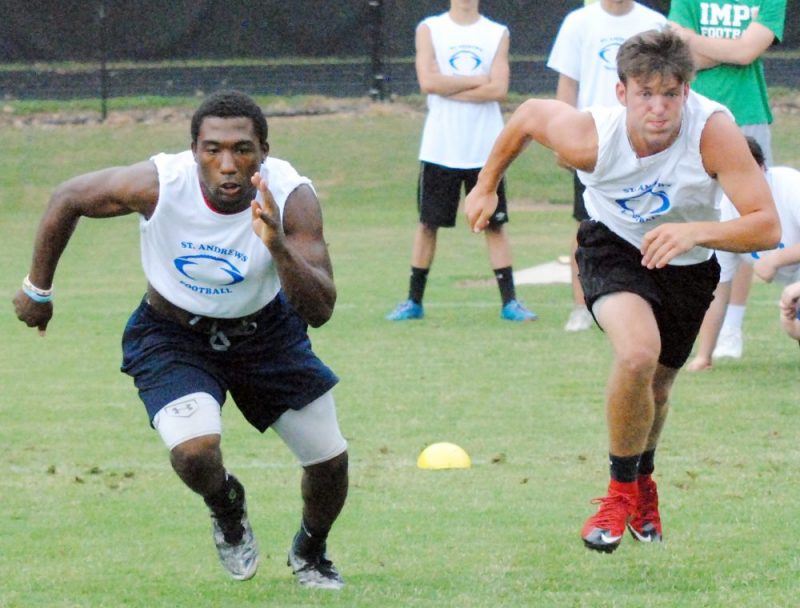 Potential football players from the county and around the area converged on North Stanly High School Tuesday to take part in a football camp conducted by St. Andrews University.

The Knights, in the program’s second year of existence, contacted North about hosting a camp in which players would be able to showcase their skills while also receiving instruction from the St. Andrews coaching staff.

Knights head coach David Harper said the biggest benefit for his program with these camps is recruiting. Daniel Brabaw, the kicker and punter for the Comets in 2017, has signed to play at St. Andrews next season. 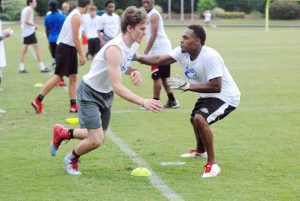 Harper said the Comets also have a couple of other players he and his staff are interested in recruiting for 2019.

The camp “gives us a chance to meet and interact with the kids,” Harper said. He also spoke to parents before the camp to explain how recruiting and scholarship football works.

“A lot of parents don’t understand…the biggest thing for parents is don’t judge your kid. Their job is to be supportive; our job is to evaluate,” Harper said.

St. Andrews is a NAIA school which played in its first year of existence in 2017, finishing 2-8 overall. Harper said the school’s location, just two hours away, is good in terms of proximity of what he termed “a good area for football.”

The Knights coach said it is great to get out and talk football because it’s a sport under attack.

“I think the life skills you get in football versus other sports are so different because of the number that play,” Harper said. “There are so many more components to it, so many specific position drills.” 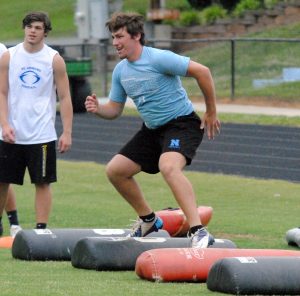 camp will help he and his staff to look at recruits while also getting the school’s name out to others.

Harper said the time spent for players with college coaches will also help them to feel more at ease with that level of coaching.

North head coach Scott Crisco said the camp was a good opportunity for local players to learn more about the game without having to drive a long distance.

Along with St. Andrews, representatives from Lenoir-Rhyne and Davidson were also in attendance at the event.

“This camp will be good for all of (the players),” Crisco said. “The D-2, NAIA level, that’s where many kids end up. It’s a good chance to showcase their talent. For many, it’s probably their first combine-type experience.”

Players also got the chance to see “what skills the next level is looking for, what you can’t get away with in college you might in high school.”