McSwain moves to role at YMCA 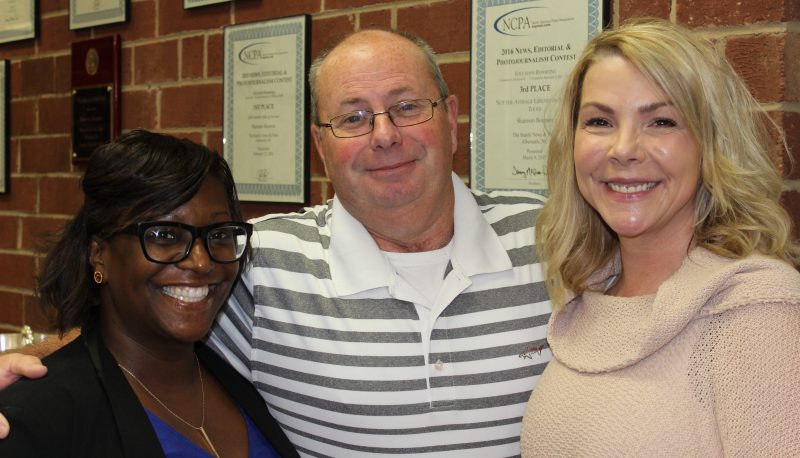 Stanly County Family YMCA Executive Director George Crooker did not have to look far or long to find a new financial development director.

Crooker announced this week the hire of Jennifer McSwain, outgoing director of United Way of Stanly County, as the person to replace Kassie Taylor, who had been employed at the YMCA for several years.

“My job is to get the best possible person I can for the position and I can’t think of a better fundraiser than Jennifer,” Crooker said Thursday.

“What she did in her past job fits into this perfectly,” he added.

Crooker said McSwain will use her skills to help market the YMCA, raise funds and promote special events.

“I think she’s a great fit for what we want to accomplish,” he said. “You hate to see Kassie go. She put us on another level. She has raised the bar.”

McSwain will not officially begin with the Y until Sept. 1, leaving her time to continue to volunteer with United Way until a replacement can be found.

“This will allow me to spend more time with my family and my dad,” McSwain said of the part-time position with the Y.

McSwain had been United Way’s director for nearly five years, but her role of helping others began many years earlier.

“My journey in the non-profit world began in 1996-2005 with American Cancer Society Relay For Life as a team member, team captain, committee member and lastly as chairperson for the event,” she said.

McSwain was also a Stanly County Chamber of Commerce ambassador from 2006-2017, where she played a role in representing the Chamber at events and promoting its mission. She was named Ambassador of the Year in 2008, served on the Chamber’s Leadership Board, was the promotions committee chairwoman for Albemarle Downtown Development Corporation in 2007 and a member of the board of Albemarle Rotary Club from 2015-17, among other civic programs.

“On behalf of the Stanly County Family YMCA Board of Directors, we welcome Jennifer with great enthusiasm,” said Dee Pankey-Thompson, chief volunteer officer of the board. “We appreciate her career experience which will certainly add to our wonderful YMCA team as we carry out the Y’s mission for all of Stanly County.”

McSwain said she was “excited and honored to be part of the Stanly County Family YMCA.”