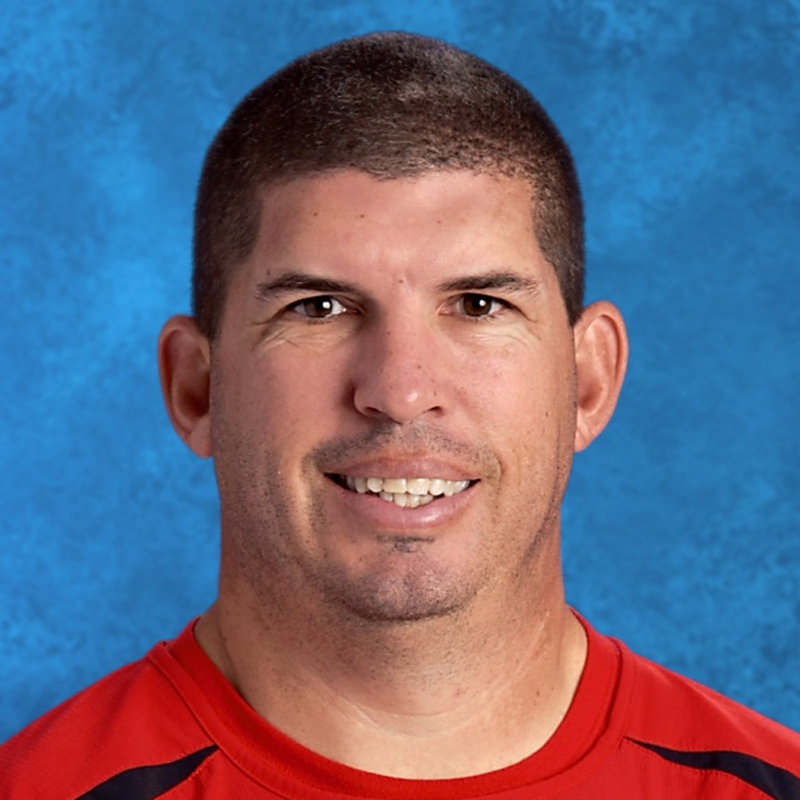 Ryan Ochier has been named as the new head coach for South Stanly, the 16th in the program's history.

The 16th head football coach in the history of South Stanly High School brings a background in defense and weight training to the Rebel Bulls.

As South opens its 57th season of football in 2018, Ryan Ochier takes over as head coach, pending approval Thursday night of the Stanly County School Board.

Ochier was the defensive coordinator for Thomasville for the last two years as well as serving the school as assistant athletic director. He also was the head coach for the men’s track team and taught weight training and conditioning classes at the high school.

In 2015, Ochier worked at Providence High School as an assistant football and track coach. He also spent two years as a defensive coordinator at Salisbury.

The new South coach graduated from Kenton (Ohio) High School, having played for Mike Mauk, whose sons were both NCAA Div. I quarterbacks. Ochier played every position in high school except center and guard, going from a quarterback and outside linebacker in freshman football to a strong safety. He later played offensive line his senior year despite weighing 195 pounds.

“We had four offensive lineman over 300 pounds; three of them broke their legs in the first game. Saturday morning, Coach (Mauk) said he was moving me to the O-line. I said, ‘Whatever is best for the team,’ ” Ochier said.

Ochier earned a bachelor’s degree from Heidelberg University in Ohio while playing strong safety in what he described as “one of the toughest D-III conferences in the nation.” Heidelberg played in the Ohio Athletic Conference against teams like 13-time national champion Mount Union.

He played against a number of top players including 18-year NFL veteran London Fletcher and New England offensive coordinator Josh McDaniel. Ochier went on to receive a master’s degree from Concordia University in Irvine, California in 2012.

His playing careers drove him into coach, Ochier said, adding: “I learned from the coaches I had.” He also taught and coached in Ohio and Florida before coming to North Carolina.

His time as a defensive coordinator will influence his head coaching style, Ochier said.

“You have offensive coaches who focus on scoring a lot of points..with a defensive coach, if we scored seven points we will win the game. I’ll bring a whole new perspective; offense wins games, defense wins championships,” Ochier said.

The main principle Ochier said he wants to see in the members of the South football team is discipline.

“I don’t mean to scold or belittle (players), but everything has to be precise and on time. Little things that can be done are the important things,” Ochier said.

He will expect his players to be on time for school and football, and spending time working in the classroom.

Having talked to players from last year, Ochier noted “they are hyped on what’s going on, accepting the change rapidly. I want to keep that vibe going, not doing wholesale changes from the get-go.”

The new South coach said: “I’m just hoping to bring excitement…the tools are there, things are in place where they need to be. I want to bring a new excitement to them…I want us to stand behind each other 100 percent of the way.”

South Stanly athletic director Sean Whitley said he was “excited to welcome Coach Ochier to the South Stanly family. His knowledge of the game was very apparent, as was his passion to succeed. We expect great things from Coach O in the near future. Our football program will be in good hands.”