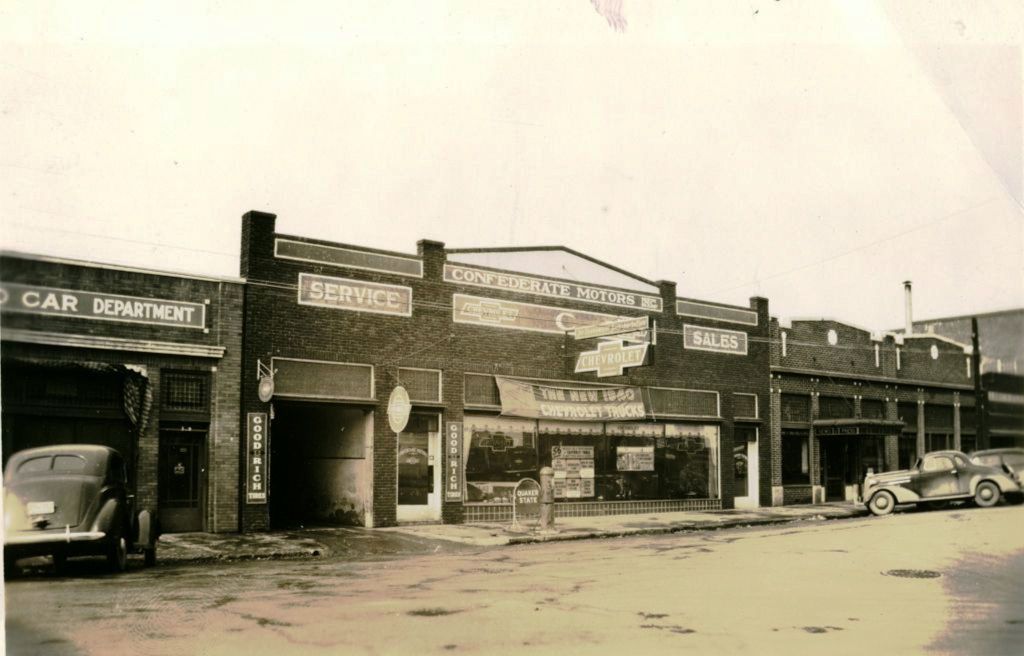 The original Confederate Motors Inc. on South First Street in Albemarle. The business opened in 1933.

Confederate Motors first opened in Carthage in 1932. It was founded by brothers R.E. and Byron S. Nance. They already owned a dealership in Asheboro called Nance Motor Company, so they needed a different name.

The name Confederate was picked because of the 1932 model “Chevrolet Confederate Cabriolet” that was popular at the time.

The Nance brothers soon realized it would be an advantage to be closer to a railroad line so in June 1933, when the Chevrolet dealership became available in Stanly County after George Trotter moved to Morganton, the business moved to Albemarle.

Confederate first opened on South First Street in the space that had been occupied by W.O. Ryburn Motor Company (currently occupied by Computer Visions).

During 1953, James R. “Jim” Nance, son of R.E. Nance, joined Confederate and eventually took over active management of the company. (His son later joined the business as well.)

In 1955 the company saw a need to expand and a new location, a short distance from the original building, was built further down South First Street. In 1984 the company moved again and relocated to a much larger location on U.S. Highway 52 North.

After 74 years in business, Confederate Motors was sold to Eric McCauley in 2007 and the name was changed to McCauley Chevrolet. The local dealership, now known as Friendly Chevrolet, is owned by Dave Odom.