Although she did not come home with the crown of Miss North Carolina, Miss Stanly County Megan Frick did walk away with a prize. 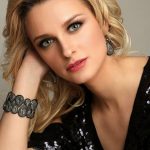 Frick, who had a 5.0 grade point average upon graduating from Gray Stone Day School in 2016, received the Janice Barbee Achievement Award worth $1,000 for having the highest GPA among the contestants in the pageant, which saw Laura Matrazzo named Miss North Carolina June 23 in Raleigh.

“It was from taking so many honors and AP courses,” Frick said of her GPA score.
Miss Stanly County Pageant Association Executive Director Starla Whitley said the weeklong festivities kept everyone busy. 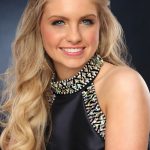 “Megan (Frick) and Mackenzie (Page) represented Stanly County to the fullest. I was extremely proud of these young ladies,” Whitley said of Miss Stanly and Miss Stanly’s Outstanding Teen, respectively.

“I also want to add that our Carolina Princess program was well represented by Logan Marker, Shae Almond and Lillian Edwards,” Whitley added. “Personally, I thought Stanly County had the cutest Carolina Princesses there that week.

“Stanly County residents can be proud of how well they were represented.” 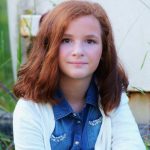 Frick, who attends Campbell University, is majoring in kinesiology pre-physical therapy with a minor in psychology.

“In four years, I plan to graduate with my doctorate in physical therapy in order to work in hospitals and aid those who recently underwent surgery to return to a full range of motion of the affected joint/body part,” Frick said.

Per her major, she is taking many classes related to science and the body such as biology, chemistry, physiological psychology, anatomy, biomechanics and physics, as well as courses in music appreciation, Christianity and others apart from her major.

“I am a very visual learner, so I study best by writing and rewriting my notes from class,” Frick said. 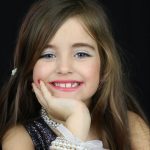 “I make important words stand out by using different colors, and I read over my notes several times before my tests.

“Everyone learns differently, so I would recommend asking a school guidance counselor or even taking an online quiz to find out the way someone learns best,” she added. “After that, trying different techniques that play to one’s strengths will ultimately narrow down the best way to study.

“The best tip I have learned is not to copy someone else just because it works for them. I tried to use notecards when I was younger, but that was not as efficient for me. Studying is unique to the individual, and I cannot stress that enough.” 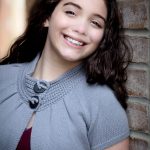 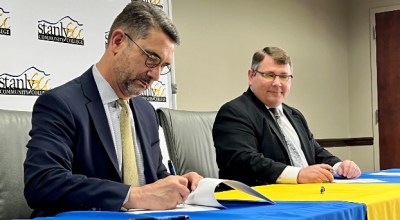 ‘Not really a better deal for folks in Stanly County.’ SCC signs new partnership with Wingate