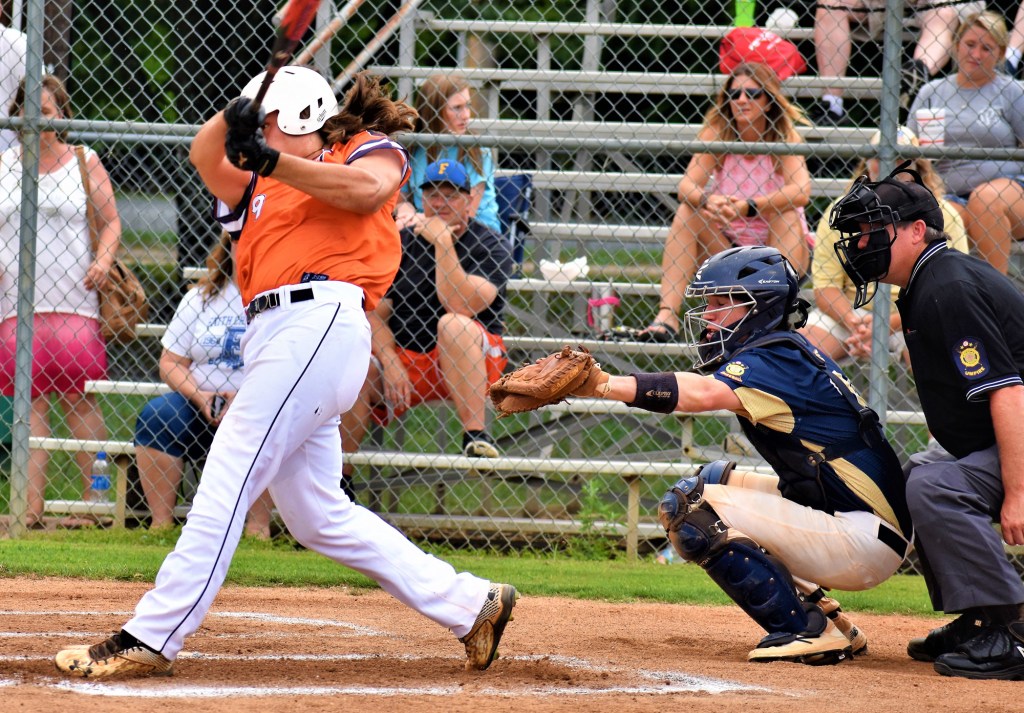 In the opening game Tuesday in the Area III American Legion baseball series between Stanly and Eastern Randolph, the team who had more hits lost.

That script stayed on point a night later as Post 76 hosted Post 81 and outhit the visitors but suffered a one-run loss, 8-7. 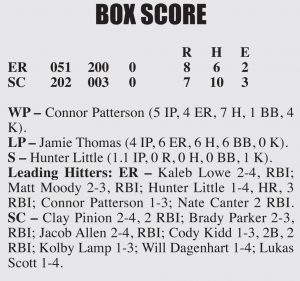 After reliever Nate Canter got in trouble in the sixth inning, Hunter Little took over for Post 81 and finished the game, earning the save.

The hosts started strong early in the game, taking a two-run lead. Will Dagenhart led off with a single, then after two outs, moved to third when Lukas Scott singled. Dagenhart scored on a double steal, then Scott came home when Allen sent a ground ball up the middle for a hit.

Eastern Randolph answered immediately with five runs in the top of the second. Leadoff singles by Kaleb Lowe and Matt Moody got the rally started for Post 81. Both moved up a base on a sacrifice bunt, then Lowe scored on a sacrifice fly off Canter’s bat. Moody later scored on a wild pitch to tie the game.

Still in the second, Hunter Little gave Eastern Randolph the lead after Connor Patterson singled and Connor Shipley walked. Little took a 2-0 pitch over the fence in right field for a three-run homer, putting Post 81 up 5-2.

Two singles in the third inning led to a Canter RBI sacrifice fly, putting the visitors up by four, 6-2.

Stanly answered with two runs in the bottom of the third. Kolby Lamp and Clay Pinion singled and both scored when Kidd doubled to center field with one out.

Three Post 76 errors in the top of the fourth allowed Eastern Randolph to get those two runs back. Moody added another sacrifice fly as Post 81 led 8-4.

Canter took over on the mound for Eastern Randolph in the bottom of the sixth and ran into immediate trouble. A single and an error led to a Brady Parker RBI single to right.

Later in the sixth with the bases loaded, Pinion sent a line drive into center, pulling Stanly within a run, 8-7.

Post 76 had a runner on base in the seventh when Allen reached second on a fielding error. A groundout and strikeout by Little ended the game.

“Walks and errors always come back to bite you,“ Stanly head coach Jordan Sells said. “You can’t give good teams extra outs. Whenever you do that, it comes back to haunt you.”

Sells talked about his team’s rally in the game, saying: “We have done that all year. We come to play and are resilient. (The players) grind out at-bats late in games.”

Stanly’s head coach also credited Allen for his efforts on the mound in relief.