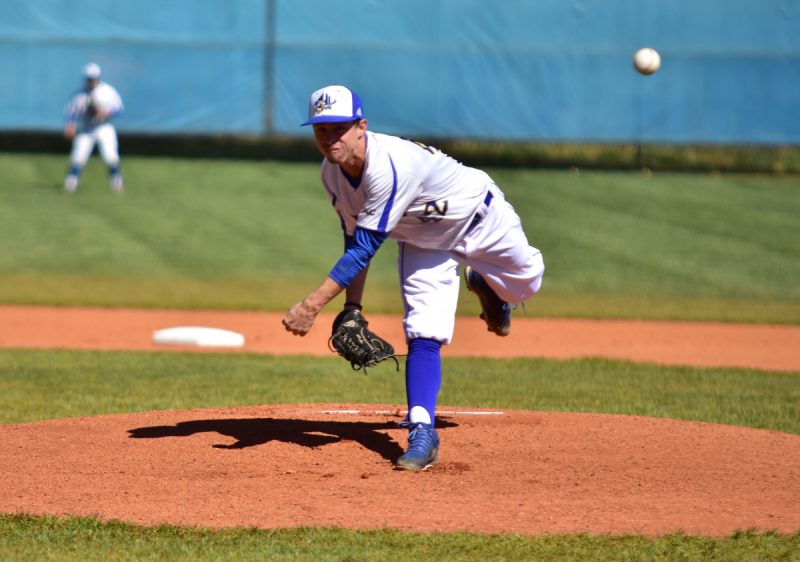 Brown, a senior mathematics major, graduated in May from Mars Hill with a 3.75 GPA. 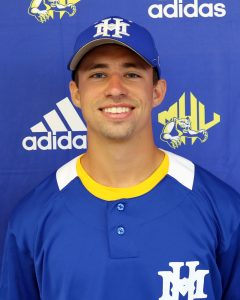 A four-time SAC Commissioner’s Honor Roll and Mars Hill dean’s list selection, Brown was a university marshal in 2017 and was named the MHU athletics Man of the Year in 2017-18.

Brown said he got the call last Wednesday afternoon from Mars Hill head baseball coach Aaron Rembert and said he was excited to hear about it.

Brown said the award means he has “been lucky to have a good support system: family, friends, teammates and coaches” which helped him to “not only play the game the right way but be a good person.”

Rembert said: “What a great honor and achievement for Zac Brown. Zac has excelled and been a leader on the field, in the classroom and in the community for four years. He has embraced the student-athlete experience and gotten so much out of his time while he has been at MHU. He is a great ambassador for this university and we were so honored to have him in our program.”

On the diamond, Brown was a two-time All-SAC selection, earning All-Defensive team honors in 2017 and 2018. He was named to the American Baseball Coaches Association (ABCA)/Rawlings Gold Glove Team as the only Division II selection in 2017. He finished the 2018 season ranked fifth in the SAC in ERA (3.93) and strikeouts (63). He also holds the Mars Hill records for innings pitched, pitching decisions, pickoffs, season strikeouts and career strikeouts and is second in win/loss percentage. Brown finished his career for the Lions placing first in innings pitched (259.2), strikeouts (219), pitching decisions (33) and pickoffs (21). He ranks second in wins (19) and win-loss percentage (.594). 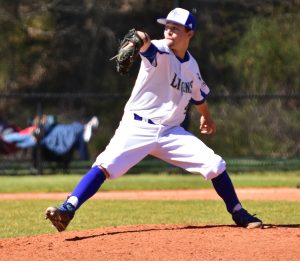 Brown also was active off the field, serving as the president of the Mars Hill Student-Athlete Advisory Committee, a math tutor and a member of the Faculty Athletics Committee. He also volunteered with the Lord’s Harvest Program at Mars Hill Baptist Church, was a member of the Forge Men’s Bible Study and volunteered for several projects with Mars Hill Elementary School.

Brown was also active in planning and organizing the first Lion Choice Awards in the spring of 2018. The hour-long event saw 12 awards presented and recognized 60 senior athletes for their dedication and contributions to Mars Hill athletics. The night, put together by the Mars Hill University athletic department and Student-Athlete Advisory Committee (SAAC), celebrated achievement and success by all of Mars Hill’s student-athletes.

Regarding his activities outside of baseball, Brown said it “takes commitment and time management. I feel like being involved in other aspects than baseball was something I was drawn to.”

He added his work on the SAAC committee was “something I’m passionate about, to make difference for a better Mars Hill experience for other students.”

Athletic director David Riggins said: “I cannot think of anyone more deserving of this award. Zac has been a leader on his team, a leader on our campus and a leader in his community. He is a Man of the Year in every sense of the award.”

Brown worked this summer as an assistant coach for the Stanly County Post 76 American Legion program.

His coaching work in the county will continue for the next two seasons as a volunteer assistant coach at Pfeiffer University under head coach Jordan Stampler. Brown will assist pitching coach Craig Bolton.

While coaching at Pfeiffer, Brown will work on a master’s degree from Xavier University online. It would allow him to teach and coach in high school.

“Coaching is something I’m passionate about; I can see myself doing it for a long time,” Brown said.