B.J. DRYE COLUMN: Who will win your vote? 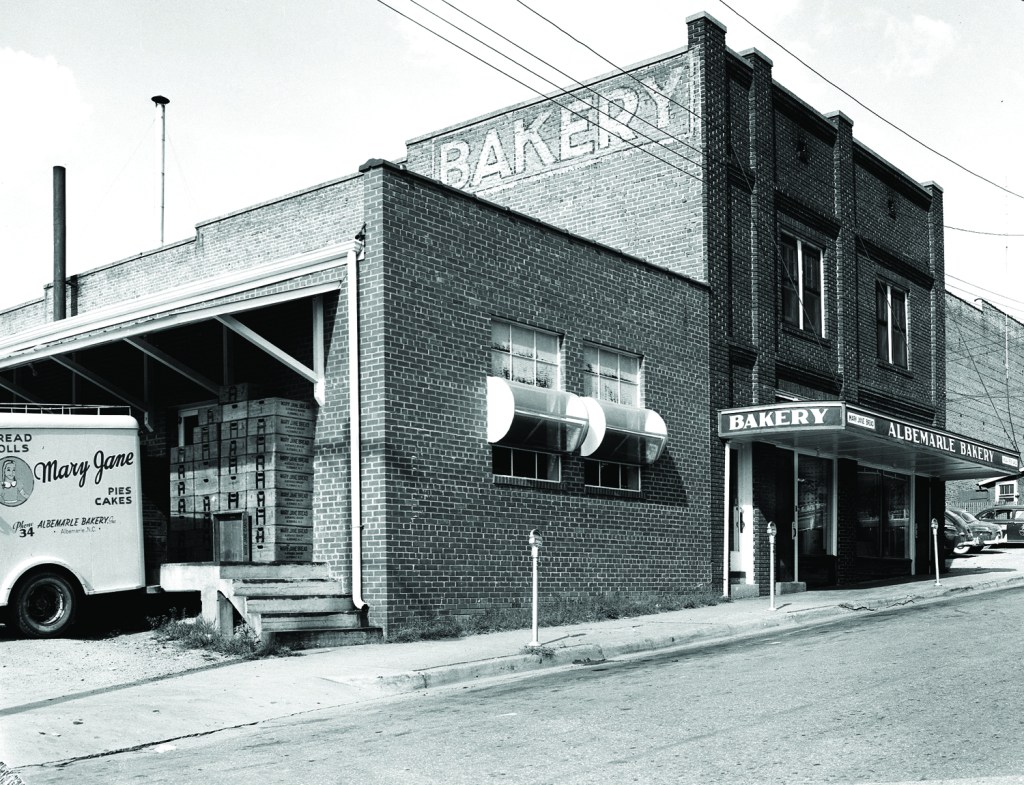 Albemarle Sweet Shop traces its roots back to the 1920s. Shown above in the 1950s, current owner Shawn Oke has had the bakery since the early 2000s. Go to https://sweetestbakeryinamerica.com/bakery/albemarle-sweet-shop/ to vote for the Sweet Shop in the best bakery contest.

While the subject of our 2016 presidential election continues to be a hot topic nearly two years later, for some reason we still get excited about voting.

Oh, I’m not talking about voting for political office.
Voting for it usually remains stagnant, that is unless you have a really charismatic candidate who speaks of hope, change, truth, justice and the American way.
But enough about my faux campaign for 2020.
I’m really talking about food contest voting.
I wrote weeks ago about Albemarle Sweet Shop being in a tense battle for bakery supremacy. The voting is entering its last week and the local bakery is still in the top 10, but it has a good way to go to reign supreme.
I was contacted recently about another contest, and its voting ends this month as well. 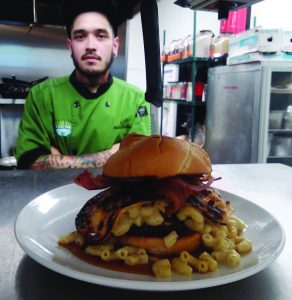 Chef Seth Mick shows off the Mac and Cheese Skirt Burger he created at River Wild in Mount Gilead. He entered the burger in the James Beard Blended Burger competition. Voting for it and the best bakery contest for Albemarle Sweet Shop ends this month.

A burger at River Wild in neighboring Montgomery County, just across the river, is entered in the James Beard Blended Burger competition.
Seth Mick, one of the chefs at River Wild, learned of the contest through a former mentor, Donnie Simmons.
Seth’s burger is a blend of 25 percent Shiitake mushrooms, 73/27 ground beef and ground bison cooked medium. He tops it with muenster mac and cheese and bacon. Then it is finished with a smoked gouda cheese skirt, IPA bacon jam, applewood smoked bacon and pickled red onions on a brioche bun.
“I came up with it after sitting down and thinking of the most ridiculous burger I could put on the menu, that incorporates everything I’ve been doing at the restaurant,” he said. “I make IPA Bacon Jam in house as a topper, sometimes made mac and cheese as a side, and usually put pickled red onions on seafood. So I just plugged all these things together.”
He has been a chef for nearly four years and was a line cook for seven years prior.
He helped get the business moving when it was River Wild on Wheels. Many of the dishes were by Seth or chef Jesse Eudy, he said.
Although he now lives in Monroe, the California native called Albemarle home for many years. While he works for Simmons now, he still commutes to River Wild a few nights a week to create several daily specials.
I have not tried the burger. Though it does sound interesting and I like mac and cheese and bacon, I’m not a big fan of mushrooms or gouda.
I have tried several items from the Sweet Shop, and I must say I enjoy the apple pie at the holidays the most.
Nevertheless, we need to support local businesses. We need to vote for River Wild and for Albemarle Sweet Shop.
Vote for the Sweet Shop at https://sweetestbakeryinamerica.com/bakery/albemarle-sweet-shop/ and vote at https://www.jamesbeard.org/blendedburgerproject/vote for the Mac and Cheese Skirt Burger.
Their success can be our success.
Maybe this election can be something on which we all can agree.