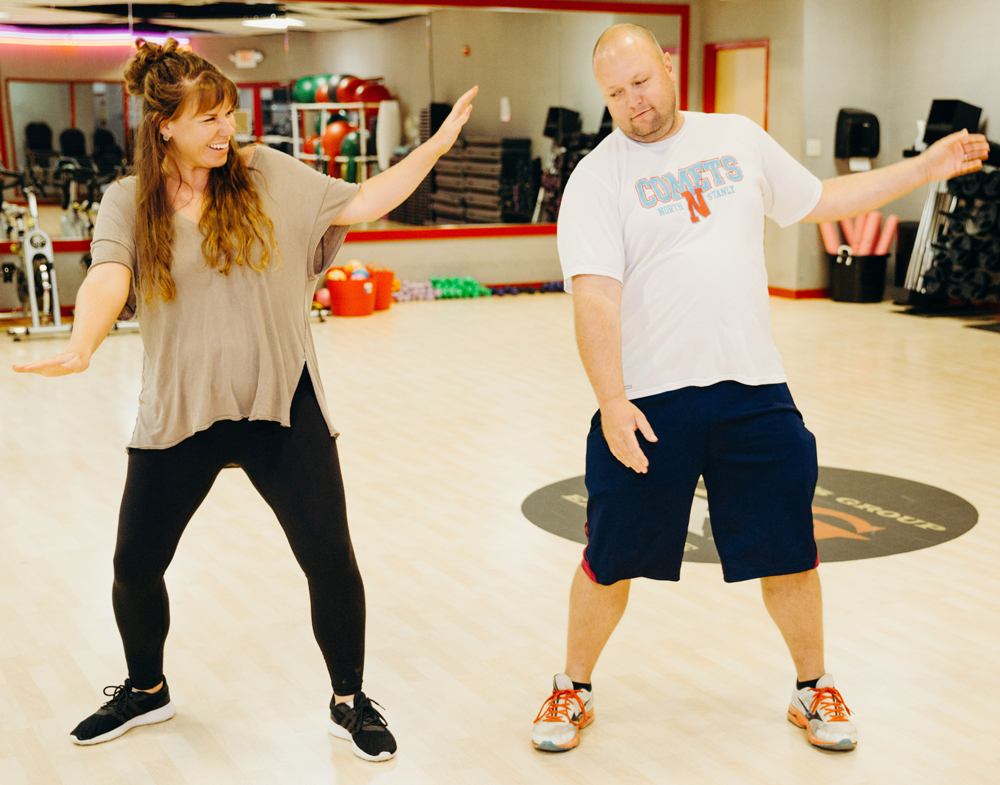 The seventh annual Stanly County Dancing with the Stars (DWTS) fundraiser for the Butterfly House brings couples and groups from different backgrounds to the stage.

Those backgrounds can lend different skill sets to the art of the dance. Included in that many times is the combination of the introvert and the extrovert.

Such is the case for professional photographer Caroline Brothers and surgeon Matt Shaver who are Team SurrenderTheBooty.

A misconception exists about the team’s slogan, but it refers to East Carolina University, home of the Pirates. Both Brothers and Shaver gradated from ECU along with Shaver’s wife, Elizabeth. The “booty” refers to the trophy, but it also means the money the pair are raising for Butterfly House.

Brothers, owner of 704 Photography, is a photographer for weddings, engagements and other events.

Shaver is a general surgeon with Albemarle Surgical Associates. The former four-sport athlete at Albemarle High School graduated from Wake Forest’s School of Medicine. He did his residency in Greenville, South Carolina before coming home.

The duo will dance a hip hop routine titled “The Evolution of Hip Hop” because the music is what both danced to from a young age through college. Music will range from the birth of hip hop to M.C. Hammer with a little Fresh Prince (a.k.a Will Smith) to Missy Elliott.

“Those other dances are so stiff. We just want to have fun with it to let the crowd have fun. It’s super catchy,” Brothers said.

With a background at ECU in public relations, Brothers said the fundraising aspect of participating in DWTS was right in line with her college studies.

“I felt like it’s for their benefit, why would you not want to help someone? Especially the children and families in this area,” Brothers said.

Her motivation for dancing in the event is to help others because she has that energy in side her, Brothers said.

“You don’t think; you just do. It takes a lot of hard work and dedication, especially in the fundraising aspect,” Brothers added.

The short turnaround time, about three months, to get a dance routine ready and raise money for the Butterfly House is intense, according to Brothers. The team recently had a fundraiser — a concert and silent auction — to raise money for the event, as well as a raffle and some other events.

“I have found that balance is key with my business and traveling, to not let anything fall on the backburner but keep moving forward,” Brothers said.

She said many of the people attending the event expect a great show and see the hard work of everyone involved.

“There is so much going on behind the scenes that people don’t know about,” she said. “It’s overwhelming.”

Shaver quipped he got suckered into dancing in the September event by his wife. However, DWTS had been asking him to participate for the last few years, he said.

“I’m not a big fan of getting up on stage in front of people by any means,” Shaver said.

He said being a surgeon has its own kind of pressure, but he is ready for the pressure of dancing.

“We will be fine out there and have a good time. I’m introverted at first, but once you get to know me, I’m outgoing. I love hip hop.”

Calling Butterfly House a great cause, Shaver said: “People think because this is such a small town, there is not that big of a population of abused kids and their mothers. Unfortunately, it’s more prevalent then we think.”

“Any way we can bring attention to this issue is an important thing,” Shaver added, saying people need to be “cognizant of the fact of what’s going around us.”

Brothers summed up SurrenderTheBooty’s goals, talking about how much both and others around the team are putting into it.

“When your heart goes into this 100 percent like Matt and I have, you want everyone else to see that.”