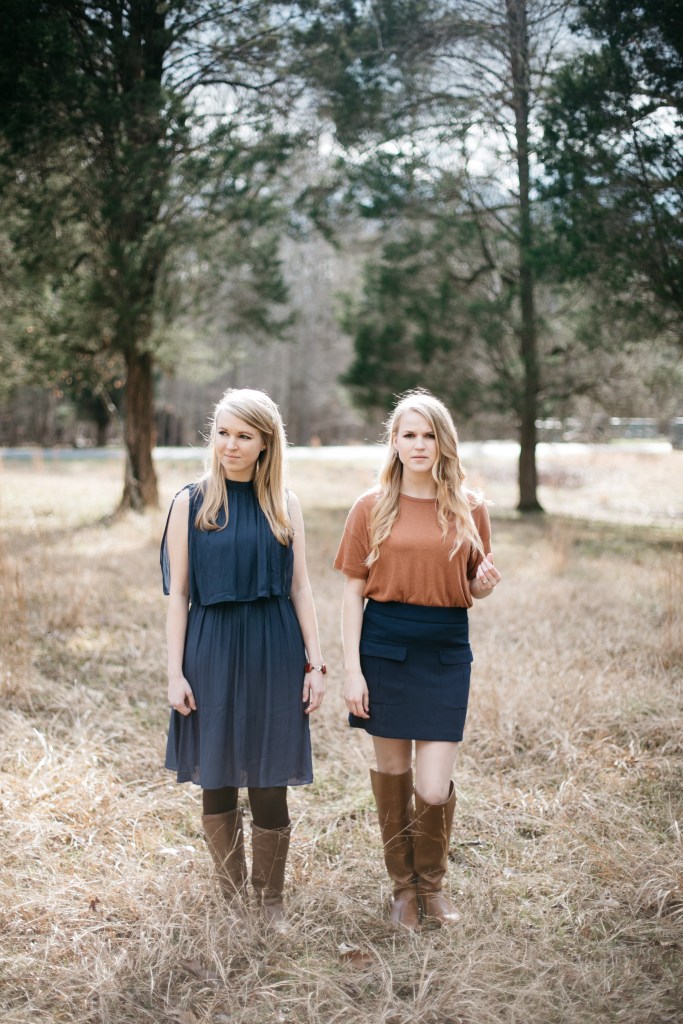 Lauren & Lane are set to perform in Locust Saturday night.

The group of Lauren & Lane will perform in the Locust Summer Concert Series at 6 p.m. Saturday at 186 Ray Kennedy Dr. in the backyard of Locust City Hall.

In April, the group — joined by Kellie’s husband, Brandon, on upright bass, performed at the 31st annual Merlefest in Wilkesboro.

Conducted at Wilkes Community College, more than 75,000 attendees crowded the campus throughout the four days of the festival. Music was spread across 13 stages. The festival is named in honor of Merle Watson, the son of musician Doc Watson who was killed in a farm tractor accident in 1985.

“Three years ago, Kellie and I attended Merlefest for the first time,” Kacie Lauren said. “The spirit and life of the festival was just as enticing as the talented lineup. We began to dream of the day when we would play among the great artists that return to Merlefest each year.”
Kacie Lauren is 23. She plays fiddle, guitar and mandolin.

“I had no idea this big dream would be accomplished so soon,” she said. “In the days leading up to our set, we worked tirelessly to make sure we were presenting music that accurately represented us as a duo. I am very proud of the sound we produced and the quality of songs we chose to include in our set.

It was humbling to be included on a lineup with artists we have admired for years such as Jerry Douglas, Sam Bush and the Kruger Brothers. This was an experience I won’t soon forget. I do not think our adventures at Merlefest are over yet.”

Kellie Lane, 26, also talked about how the festival was a big step in the group’s career and how attending previous festivals grew their desire to perform there.

“The neat thing about Merlefest is that it’s such a great organization and everywhere you go, there’s just this incredible amount of talent,” she said.

“We attended in 2015 and 2016, soaking it all in and drawing inspiration from the likes of Brandi Carlile, The Avett Brothers, Jason Isbell and so many others,” she added. “We can remember watching in awe from side stage in 2016 as Brandi Carlile and her band blended in chilling harmonies, something that has always been close to our hearts. Growing up, we would just assign parts to each other and we learned to harmonize in that way.”

Kellie Lane, who plays banjo, guitar and mandolin, said the sisters did not attend the festival last year because of her son having just been born.

“But that made returning this year so much sweeter: joined on stage with my sister and husband, Brandon, as we played to our son in the audience…it was a feeling I won’t forget,” she said. “We hope to play the festival again. It is such a special place to us and so many others.”

But until Merlefest returns, Lauren & Lane play other festivals and smaller events like the Locust Summer Concert Series.

“Performing is a part of who we are,” Kellie Lane said. “Small shows, big shows, coffee shops, bars; we’ve played it all. Each crowd is a treasure in its own right and playing close to home, albeit intimidating, is special to us.

“Ask any artist and they usually prefer to play away,” she added. “When we drive a few hours to play for a crowd, they get to meet us through our songs. When we play locally, the crowd is already acquainted with us. One of the reasons we work so hard to write honest and true material is because we want to be transparent, always. This will be our first time playing Locust Town Center and we couldn’t be more excited.”

The concert is free and guests are urged to bring a blanket or lawn chair to enjoy the show. Vendors are also on site.