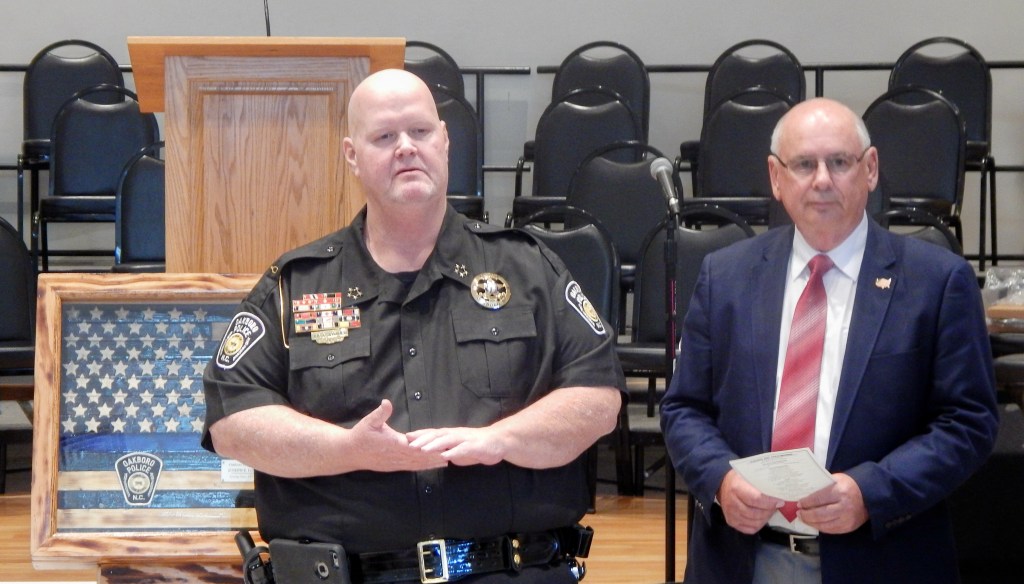 One of the biggest names in law enforcement in the last 40 years died Saturday.

Joe E. Lowder, a former Stanly County sheriff who had also held positions of Oakboro police chief, mayor and town commissioner, died at his home. He was 60. 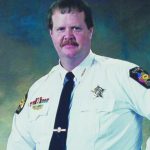 Lowder retired in 2016 after several decades of service. Although retiring after more than eight years as Oakboro’s chief of police, Lowder served many years as a police officer in Stanfield and Oakboro.

“He was helpful,” Smith said Monday. “He always put his hand out when I needed it as I was starting as chief.”

“Retired Chief Joe Lowder prized his family, his faith and his role as a public servant in Stanly County,” Smith wrote. “In our small way, we can do few but significant things to immortalize Chief Lowder’s shining examples and selfless devotion to public service so they continue to be emulated by other public officials.

He joined the Stanly County Sheriff’s Office in 1988. That year he became the county’s first D.A.R.E. (Drug Abuse Resistance Education) officer. He also served as chief deputy under his brother, Roger, who was elected sheriff in 1990. When Roger died of cancer in 1992, Joe was sworn-in to fill out the remainder of Roger’s term. He then ran and was elected sheriff in 1994, serving until 1998.

He served two terms as an Oakboro commissioner and served as mayor from 2003-2007.

Joe Lowder received the Order of the Long Leaf Pine from Gov. Beverly Perdue in 2012 and upon retirement from Gov. Pat McCrory in 2016. The honor is regarded as one of the state’s highest civilian honors.

“It’s just a shock to me,” said Oakboro resident Ted Kluttz, who had already heard of Lowder’s passing by noon Saturday.

Kluttz, who worked for 30 years with the sheriff’s office, was hired by Ralph McSwain, then served Joe’s brother Roger.

“Joe, he was a great man,” Kluttz said. “He was one of those rare men that a had peaceful spirit about him. I never saw the man mad.

“He did a good job for this county as sheriff,” Kluttz added. “I know the family well. I knew his father, had the pleasure to work with his father. I knew his brother Roger. They are a law enforcement family and they were committed to serving the people of this county.”

Pat McSwain spoke on behalf of her husband Ralph, who served as sheriff for 28 years.

“He was fond of the whole Lowder family,” McSwain said. “He is heartbroken about it.

“We’ve known the whole family for a long long time,” she added. “Roger and Joe both worked for him.”

Kluttz said the people have lost a great servant.

“All hearts should be saddened on this day,” he said Saturday.

“I ask that the people of this county pray for this family,” he added. “They have gone through a lot these last couple of years. We will continue to pray for Rita and the entire family.”

Jeff Branch, a nephew of Joe Lowder, spoke on behalf of the family.

“The Lowder family has provided service to this county for nearly 100 years, with Roger, his dad and Joe,” Branch said. “That speaks high volumes.”

“I could see that when we would be working the fair and different events,” Branch said.

“He is what led me to do D.A.R.E. myself,” added Branch, who has served as president of the state’s chapter.

“Deep down, I felt what led to this was him grieving over Amy’s death,” Branch said. “Amy’s death took a toll on him.”

Joe Lowder retired just days before Boger’s death. She was found dead of a single gunshot Feb. 6, 2016 at her mother’s Oakboro home.

The investigation into her death remains open through the sheriff’s office.

“Sometimes in our experiences as law enforcement officers, when we are at a point where we can’t do anything, it weighs really hard on us,” Kluttz said. “It makes us feel like our hands are tied and like nothing we can do.”