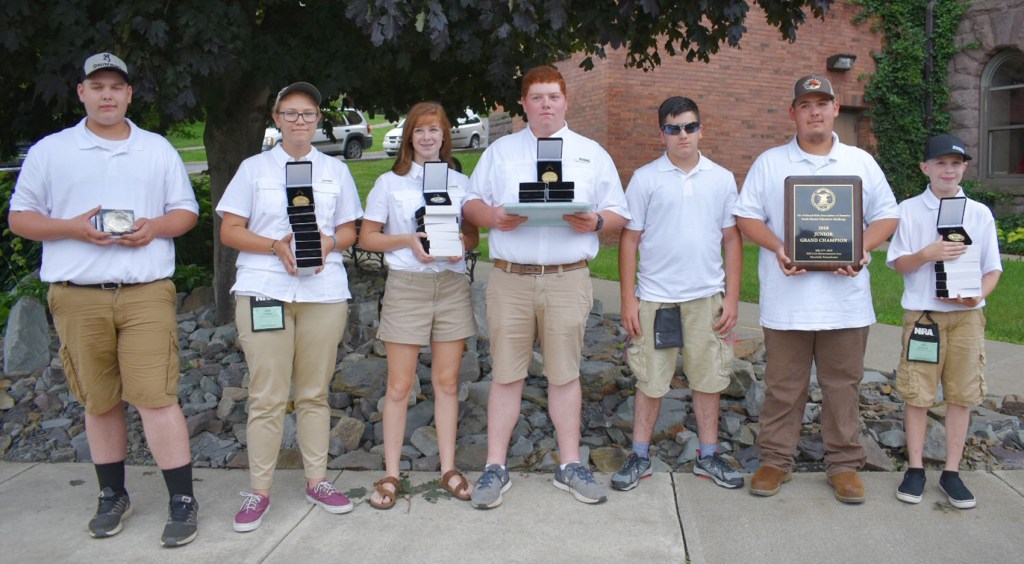 Hosted at the Mill Cove Environmental Center on the campus of Mansfield University in Pennsylvania, the Comets as a team finished second with one individual standing above the rest.

As a team, the Comets finished 56 points shy of the junior team champion, rival Forbush. North was first overall on the safety trail and rifle, second in orienteering, hunter skills and muzzleloading and third on animal identification. 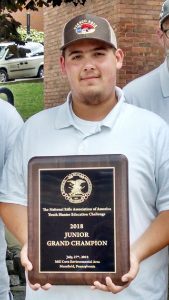 “I knew going up there if I wanted to have a chance at overall, I had to focus on the studying part,” Starnes said. “That was the majority of our events anyway; when archery and shotgun were out… it played a big part in winning.”

His journey to a grand championship started three years ago in sixth grade, Starnes said. He said he did not know the head coach, Rodney Lowder, nor was he good at shooting.

However, Lowder pushed him to improve, something Starnes said he also did to himself.

“I am practicing some event or more every single day; you can’t go a day and not do something,” Starnes said.

The event at which he is most at ease, archery, was not competed this year due to flooding at the archery range. None of the competitors were able to shoot shotgun either as the area received between 14 and 17 inches of rain.

Had the team been able to shoot archery, Lowder said, North Stanly may well have walked away with the team championship.

Archery is Starnes’ strong suit. Appearing in ASA archery tournaments and regularly beating adult competitors has become a recurring theme. Starnes said his goal is to become an ASA champion, which is why he works harder at archery than other shooting events.

Because of his birthday, he may be able to defend his junior national championship next season, but if not, he will move up to the senior division and compete with North Stanly’s high school team.

Starnes said the NSMS program “prepared me and pushed me to get scores so high to win the junior (title), when I get to seniors, it should put me at the top of that.”

He added shooting for North Stanly Middle taught him another important thing.

“If I want something bad enough, I can figure out a way to get it.”

Lowder said Starnes “has worked his tail off to be the best he can be in every aspect of the game, mentally and physically.”

He also credited Starnes’ family and the rest of the coaching staff for the support shown to him.

Several of Starnes’ teammates added top performances as well, including Josh Goodman, who finished first in the nation in the junior division in rifle. 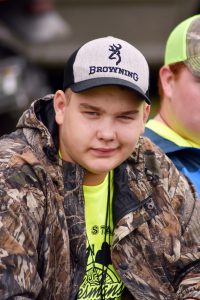 North Stanly Middle’s Josh Goodman won first in the nation in the junior division in the rifle competition at the YHEC national tournament last week.

Lowder said the NSMS program, which he has been with for 16 years, makes the sport a competition from the first day. At tryouts, 40 to 50 kids try out for a limited number of spots.

Many of them are talented enough to be on any team in the state, Lowder said. However, the program is so strong most do not qualify for the squad. Others on the team continue to learn and improve for two years or more to be able to step up to the team’s starting lineup.

The teams compete at the county, district and state levels before qualifying for nationals. However, the N.C. state competition and the national event have some differences.

For starters, archery shoots at paper targets at the state level but moves on to 3D targets for national. Where shotguns do trap shooting in North Carolina, sporting clays are used at the next level. National events also included muzzleloaders as an event.

The Comets only have 10 weeks between the state and national competitions to prepare for the differences. In that time, fundraising efforts help to get the competitors to national events in either Pennsylvania or New Mexico. As an example, the cost for the team to compete last week ranged somewhere between $12,000 and $15,000 for seven competitors and their families.

North Stanly Middle has sponsors who help to offset some of the costs of training, according to Lowder. The Fork Farm allows the team to practice for free, along with John Pickler at Long Creek Farms. The team also has corporate sponsors such as Culp Lumber Company. 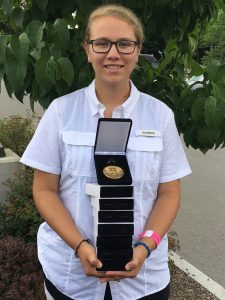 Sallie Parker finished second in the nation in the junior division of the YHEC national tournament on the hunter safety trail.

Many of the team’s competitors have succeeded in the senior division, including on this year’s senior national championship team from Gray Stone Day.

“When kids leave us, they can get on any high school team anywhere and make it, shooting at a high level,” Lowder said. “The ultimate goal is for our kids to be national champions at some level.”

Lowder also said the middle school team “teaches kids the correct way to not only shoot, which is just a small part, but how to handle themselves in crowds, with peers. These kids should learn life lessons, (dealing with) adversity.”