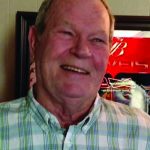 There will be private inurnment in the Salisbury National Cemetery. The family will receive friends at their home, 44268 Yadkin Brick Rd., New London, NC 28127 on Sunday afternoon from 4 until 6 p.m.

Born June 8, 1943 in Kannapolis, N.C., he was the son of the late David Samuel Beam and Lucille Carter Beam and he was a retired Master Sergeant in the U.S. Army. He was of the Christian Faith.

Mr. Beam was preceded in death by his wife, Wilhelmina Beam, as well as a son, David Glenn Beam, Jr. and daughter Tina Hope Hoover.