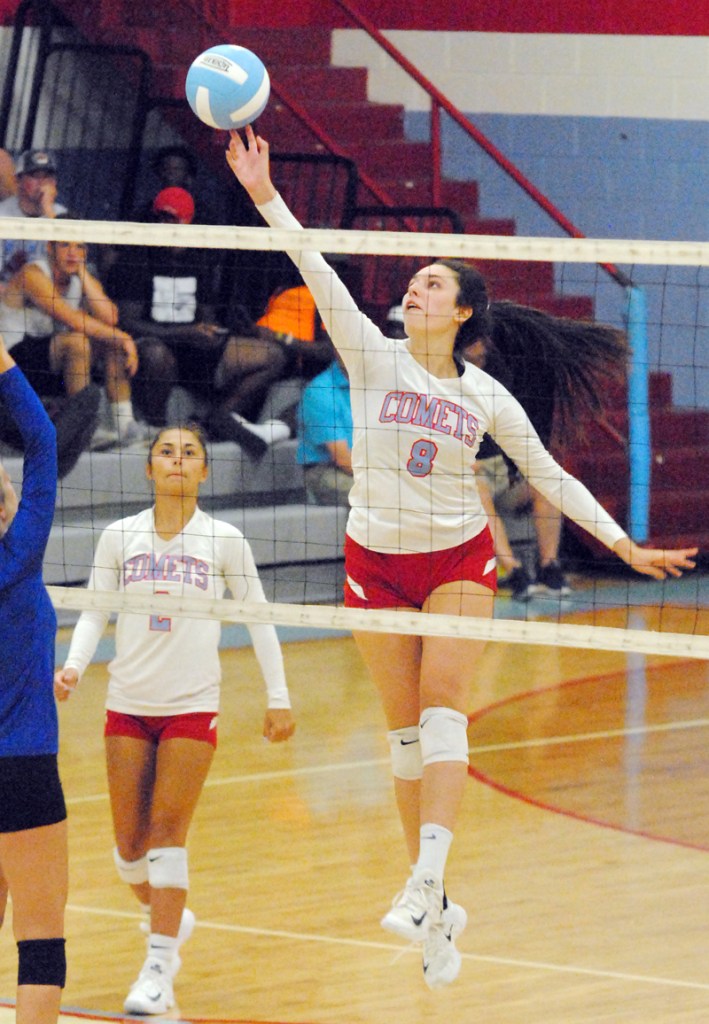 North's Cleo Carter (No. 8) goes for a kill in a home game this season. Carter had three blocks in the Comets' win at Albemarle. (Photo by Charles Curcio)

The North Stanly varsity volleyball team opened the season with a win over South Davidson but suffered back-to-back non-conference losses to Mount Pleasant and Central Cabarrus.

North headed down U.S. Highway 52 to take on county rival Albemarle. The Bulldogs opened with back-to-back wins over North Rowan and Vance. Playing its third game in three nights, Albemarle’s win streak ended with a loss to Uwharrie Charter.

North has two YVC games next week. The Comets host Uwharrie Charter on Tuesday and go to South Stanly Thursday.

Albemarle is off until Tuesday. The Bulldogs will play three straight games in as many days, going to West Montgomery, hosting West Stanly and traveling to Gray Stone.