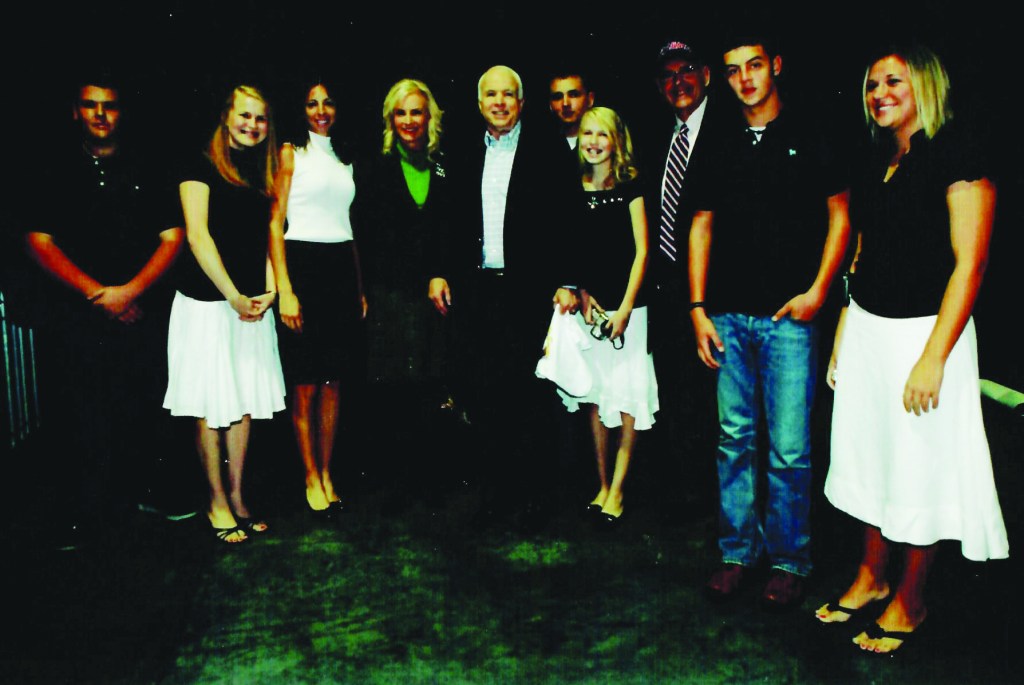 As people continue to celebrate the life and service of John McCain, Stanly County residents are remembering their encounters with the six-term United States senator and former Republican presidential nominee.

McCain, who died Saturday at his Arizona home just days away from his 82nd birthday, battled brain cancer for more than a year. It was the final battle in life of obstacles, most notably the more than five years he spent as a prisoner of war in Vietnam.

When McCain was making his second run for president in 2008, he had a campaign rally at Cabarrus Arena & Events Center. The rally was Oct. 18, 2008, just a few weeks before Election Day.
Kellie Sides, then known as Kellie Hatley, was a member of the teenage bluegrass band Nashville Bound. The band performed as an opener to the rally.

“Playing the rally for John McCain was an incredible honor,” Sides said. “The band members were all teenagers at the time. At 16, I didn’t understand the full scope of who he was and what all he’d been through.” 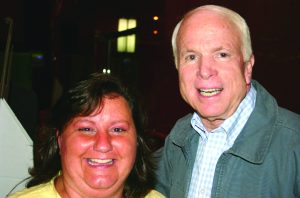 Contributed
Norwood resident Kim Ingold, left, met U.S. Sen. John McCain (R-Ariz.) when he was an honorary starter for the Coca-Cola 600 in May 2007. McCain died Saturday at age 81.

Norwood resident Kim Ingold was snapping photographs as part of the Speed Street festivities in 2007 leading up to the Coca-Cola 600, for which McCain and his wife were in town. He was the honorary starter for the May race at the Charlotte speedway.

“He and Cindy were excited to be a part of all the festivities,” said Ingold, a career and technical education coordinator at Anson High School.

Sides said she was glad she had the chance to perform that day. She now tours with sister Kacie as Lauren & Lane. Kacie also played at the campaign rally.

“Looking back now and knowing more of his story, I’m so grateful for that opportunity,” Sides said.

“It’s something I think we will all cherish.”