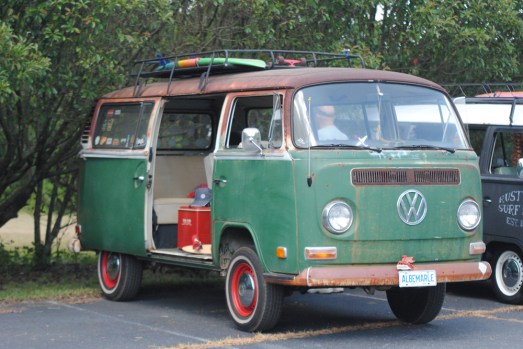 Alan Burris of Albemarle displays his 1972 Volkswagen Bus, which he has owned for about a year. (Photo by Charles Curcio) 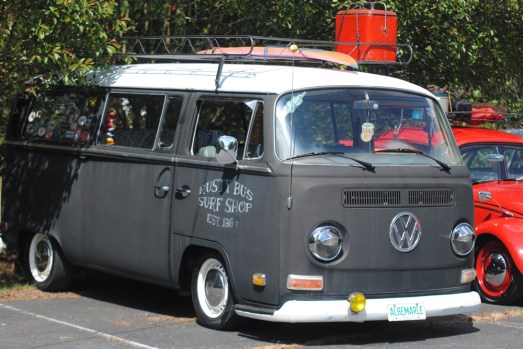 This 1971 Volkswagen Bus was acquired by Bill Burris of Albemarle two weeks before the VFW’s VW show. (Photo by Charles Curcio) 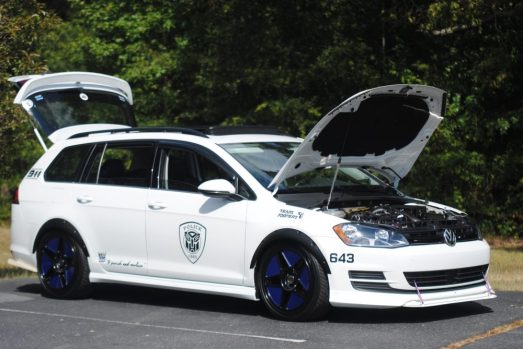 “Speedbump” is a 2016 Golf Sport Wagon owned by Terry Sells. Complete with Transformers logos, it is the “second cousin” of Barracade. (Photo by Charles Curcio) 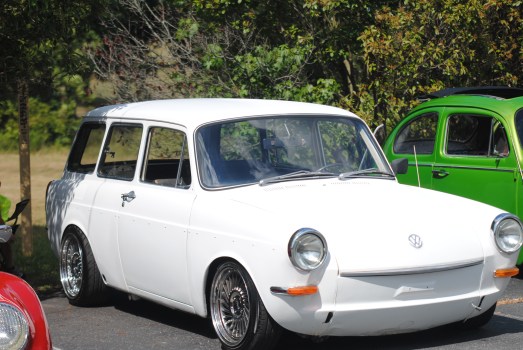 Owned by Brandon Tucker of Albemarle, this 1967 Type 3 Squareback was the only VW of its kind at the Albemarle VFW show. (Photo by Charles Curcio)

The parking lot of the VFW Post 2908 in Albemarle was filled on a recent afternoon with a number of different Volkswagen vehicles as part of a VW car show benefit.

Kim Russell, canteen manager for Post 2908, said the car show was an attempt to do something different in terms of getting the word out about the post. The event could become an annual one, she added, while also giving the public the chance to learn more about the post.

“I’m really happy we had the turnout we did. The more we have it, maybe the more it will grow,” Russell said. “We’re tyring to do different things here at the Post to invite people in, get them to see what kind of atmosphere we have, a family atmosphere.”

Many of the various VW models were on display at the event to benefit the post, including several VW Beetles, known as the bug.

Russell spoke about the choice of using VW, especially the Bug specifically, calling it iconic and mentioning people’s nostaligia for them.

“You see all the muscle cars, souped-up ones, but you see these VWs coming back. There is just something about them that are different; you kind of bring people out of the woodwork with them,” Russell said.

It was a Bug chosen for the best in show at the event. Eddie Ackroyd from Monroe won with his 1969 gray Beetle. He owned it for three years and spent two restoring the vehicle, including three months of body work. 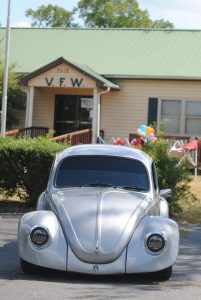 A 1969 VW Beetle, owned by Eddie Ackroyd of Monroe, was the winner of the inaugural VW car show hosted recently by Albemarle VFW Post 2908. Ackroyd has owned the car for three years but it took two years to make the vehicle’s current modifications, three months alone on the body work. (Photo by Charles Curcio)

Other Beetles were on display, including a brown 1967 Bug owned by Badin’s David Summerlin. In the back seat of that Beetle was a stuffed bear named Miss Daisy, referring to the Academy Award-winning 1989 movie “Driving Miss Daisy.”

One different VW at the show was a Type 3 Squareback, displayed by Albemarle’s Matt Sullivan for its owner, Brandon Tucker. The Squareback had more of the shape of a station wagon.

Sullivan, who has owned VWs for between 20 and 25 years, talked about the loyalty and community of that make of cars.

“You can break down on the side of the road and help iwll come with parts in the VW community,” Sullivan said.

Two VW buses, known formally as the Transporter, were also on display, including a 1971 owned by Bill Burris of Albemarle. The other Bus was a 1967 model, brown in color, owned by Alan Burris.

The newest of the Volkswagens at the show had its own name. Albemarle’s Terry Sells brought his car named Speedbump, whom he joked was the second cousin of Barricade from the Transformers universe.

Speedbump, a white 2016 Golf Sport Wagon, sported police logos and the image of the Decepticons. Sells said his car is always popular with younger attendees at the various VW shows.

Paul L. Hummel, commandant of the Marine Corps League, commander of VFW Post 2908 and president of the local veterans council, talked about the event.

“This has been a big draw for the post; we are trying to recruit more members,” Hummel said.

He noted the requirements are stringent for membership but all branches of the military are represented in the Post, including disabled veterans.

Hummel added he hoped the event continued next year and draws more people to it.