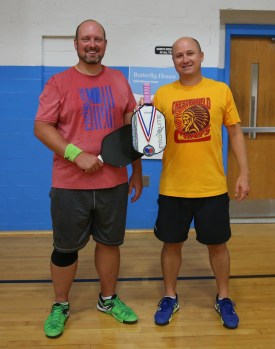 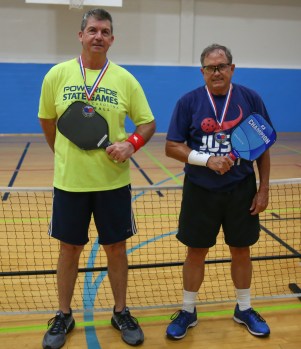 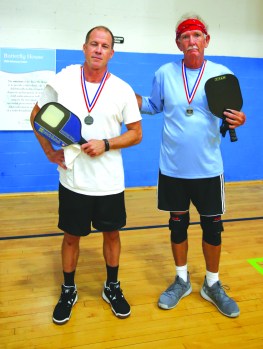 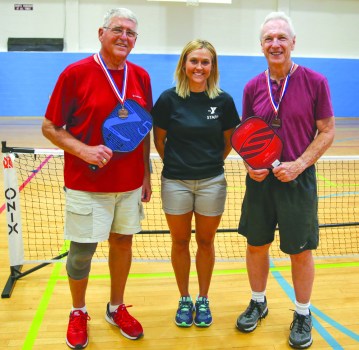 Last week at the Stanly County Family YMCA, a pickleball tournament had a number of individuals who came together to compete and raise money for the Butterfly House.

Three members of the Y’s staff are participating in the upcoming annual Stanly County Dancing With the Stars event: the trio of Cindy Thompson, Jeremy Forsythe and Joel Laster.

Thompson said no one had ever done a pickleball tournament as a fundraiser for DWTS. The event was suggested by Rebekah Ayscue, the annual giving officer for the Stanly Foundation. The Foundation helps coordinate fundraising for the Butterfly House.

Pickleball “is a huge hit” at the YMCA, Thompson said, so she asked John Smith to organize the tournament. Thompson said she was grateful for Smith’s efforts.

Around 40 players participated in the tournament and a silent auction; Thompson said the event exceeded the trio’s goals in terms of money raised.

Competition took place in four divisions, including the Platinum Division, where Jacob Noble and Gabe Watson were the winners.

“We at the Y we try to support all community causes, and this is our way of supporting our employees,” YMCA Director George Crooker said.