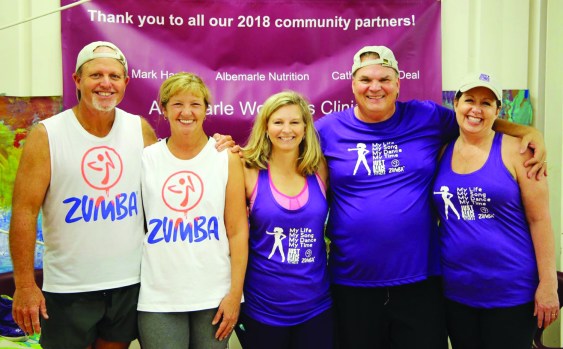 The Monarch building at 730 Greenwood St. in Albemarle hosts Zumba classes several times during a typical week. Fitness devotees dance and move to Latin and hip-hop rhythms in a high-energy workout. 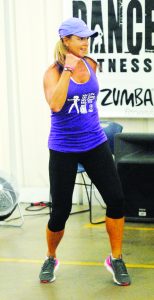 The event raised $1,900, well over the goal of $1,000 stated by Just Dance Fitness director Troy Connell.

Connell said he had worked with Crump for a time at Michelin in Norwood. Crump’s widow, Twinkle, “is passionate about the cause” of pancreatic cancer, Connell said.

Connell called pancreatic cancer a silent killer, adding “many times when people are diagnosed with it, it’s too late…it’s tough to find a cure.”

Connell said Zumba is his passion, one he likes to share with the community.

“I’m a 10-year student of Zumba; my doctor said I needed to lose weight, then I got hooked on it,” Connell said. 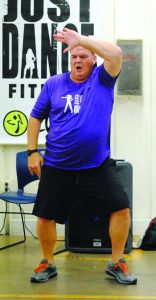 The goals of the event, Connell said, were to get members of the community along with Zumba students to make some connections and “raise a few bucks.”