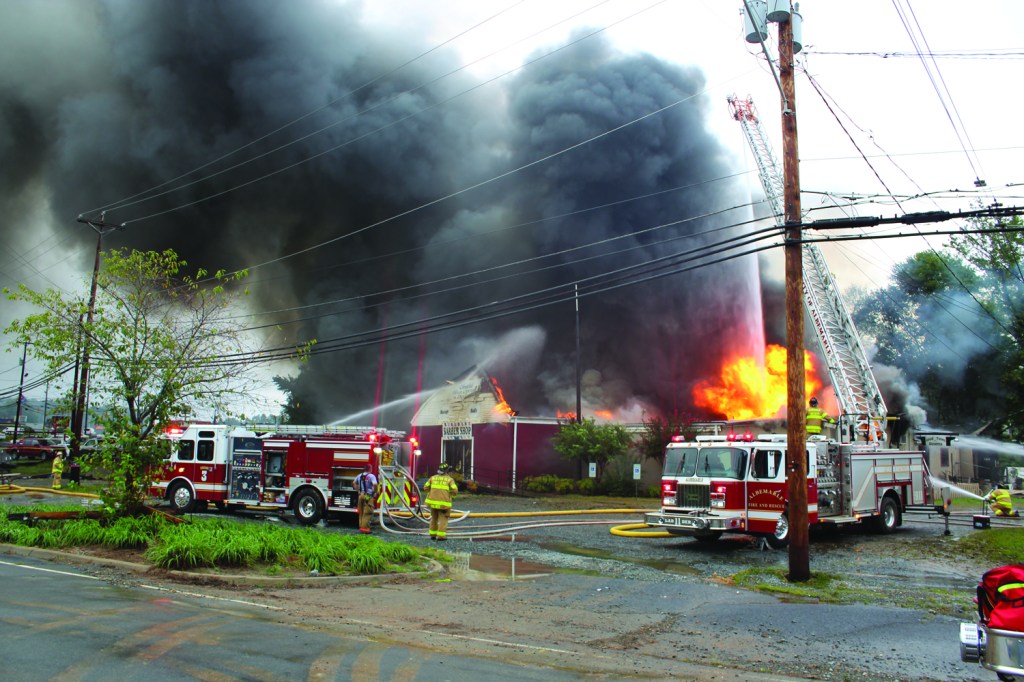 According to Fire Marshal Michael Roark, firefighters responding to the blaze on South Second Street near the U.S. Highway 52 intersection found a fire which was “pretty well involved,” which changed the crew’s strategy. With the amount of smoke and heat involved, hand lines which were deployed “were not touching it,” Roark said.

The layout of the building made it impossible for firefighters to ascertain from where the fire was coming. Part of the roof was made of tin, which also helped to keep the heat going when it fell into the floor, blocking the water from getting to the fire.

Roark said command leaders made the decision to use a defensive strategy, pulling everyone out of the building and fighting the fire from the outside. A ladder truck provided an elevated stream down onto the building while other exterior lines fought the flames from a distance.

Officials have not been able to investigate the blaze because of the length of time it took to fight the fire while also controlling the smoke from it as well. Firefighters were still on scene late Monday afternoon.

Fire and rescue crews were out on calls in the area around South Second Street because of flooding from Hurricane Florence.

“I would imagine it started sometime early [Monday] morning; it was burning for a good amount of time before we got the call,” Roark said.

He speculated the fire could be storm related, with water hitting electrical circuits from the torrential rains Sunday night, but he added “all the other normal factors are still on the table.”

“The ladder truck will stay on the scene with the other engines cleared away to prevent any hot spots from rekindling overnight,” Roark said.

The fire marshal added it was a tough fire to fight because of the head start it got plus the zero-visibility conditions along with the extreme heat and floor plan of the building.