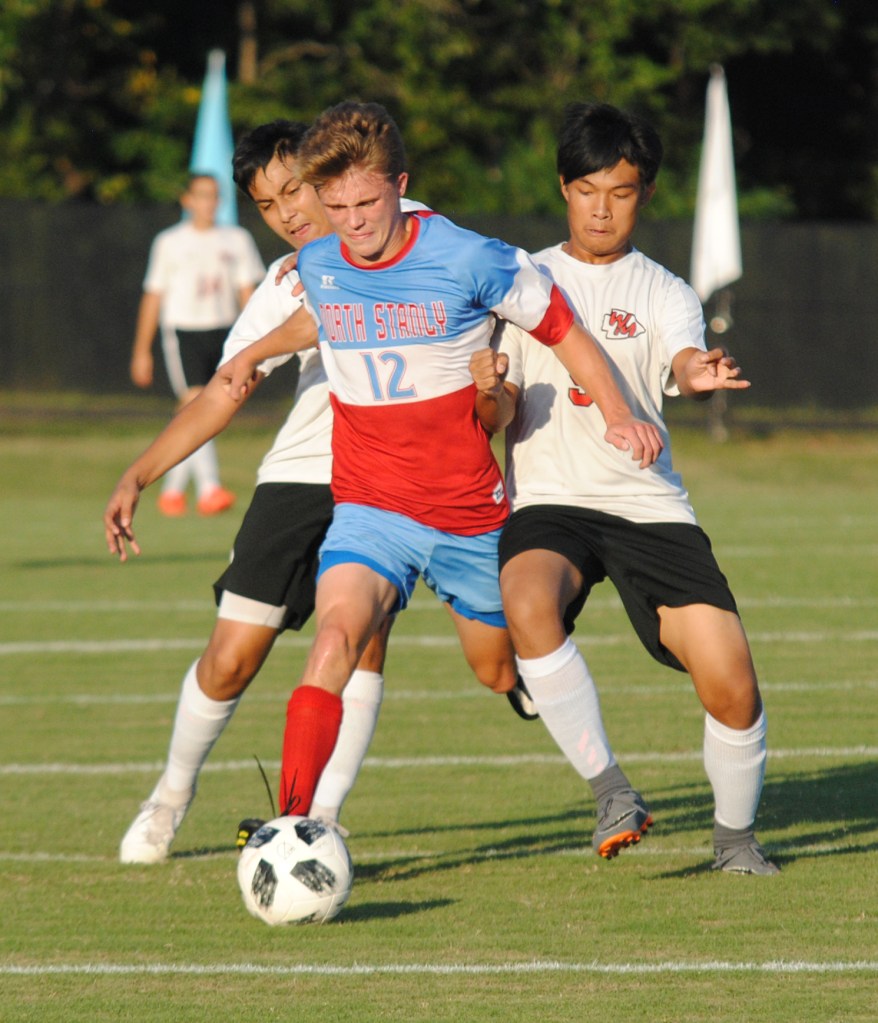 The friendly confines of R.N. Jeffery Stadium have been good for the North Stanly men’s soccer team in the 2018 season.

After opening the season with a loss and a tie on the road, the Comets’ next five games of the schedule were all at home, including Wednesday night’s Yadkin Valley Conference matchup with the West Montgomery Warriors.

Bryson Childress led the Comets’ offense with two goals and an assist, while Alex Huneycutt added a goal. Addison Cord recorded the shutout in goal, making 12 saves for North Stanly. 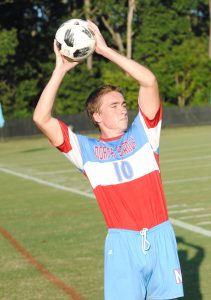 Levi Oliver throws the ball back in play in the first half. Oliver assisted on the Comets’ first goal of the match in Wednesday’s 3-0 win over West Montgomery. (Photo by Charles Curcio)

North’s offense peppered away at the West Montgomery (3-4-1, 2-2) goal for much of the first half but did not score until the final four minutes. Levi Oliver broke through the defense on the right side and crossed a low pass to Childress, who put it in the back of the net. The Comets led at halftime by the same margin, 1-0.

In the 55th minute, the Comets scored again on another pass across the goal mouth. Huneycutt buried a pass from Childress to give North a two-goal lead.

Four minutes later, Childress avoided several West Montgomery defenders and broke through for a goal for the game’s final margin

“This was a great win. This was the most complete game our guys have played this year,” North head coach Justin Carter said. “We held our shape across the whole field and moved the ball effortlessly. If we continue to play like this, other teams need to watch out.”

North Stanly, currently in third in the YVC standings, hosts second-place Gray Stone (6-4-1, 4-1) on Monday at 6 p.m. The Knights will enter the game on a four-game win streak including a 5-0 win over Albemarle and a 6-1 non-conference victory against Mount Pleasant.