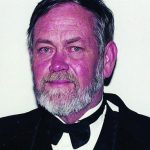 Mr. Carpenter was born September 19, 1945 to the late Will Tom and Willie Lucille Carpenter.
In addition to his parents, he was also preceded in death by his brother, Jim Carpenter.
George was a Mason and a Shriner.
He enjoyed working with wood, visiting the beach, and fishing, but will be remembered by most as serving the community old fashioned hotdogs and hamburgers.
The family will receive friends from 4-6 p.m., Saturday, September 29, 2018 at Hartsell Funeral Home of Albemarle. A private family service will be held at a later date.
Survivors include his loving wife, Kay Carpenter of Mount Gilead; daughter, Brandy and husband Kurt Bombien of Matthews and their children, Grace, Ansley, and Reagan; additional children, Denetra Burnette, Mark Taylor, and Tera Velez, along with their seven children and six grandchildren; brothers, Henry T. Carpenter, and Paul E. Carpenter.
Hartsell Funeral Home of Albemarle is serving the Carpenter family.
Online condolences may be made at www.hartsellfh.com.