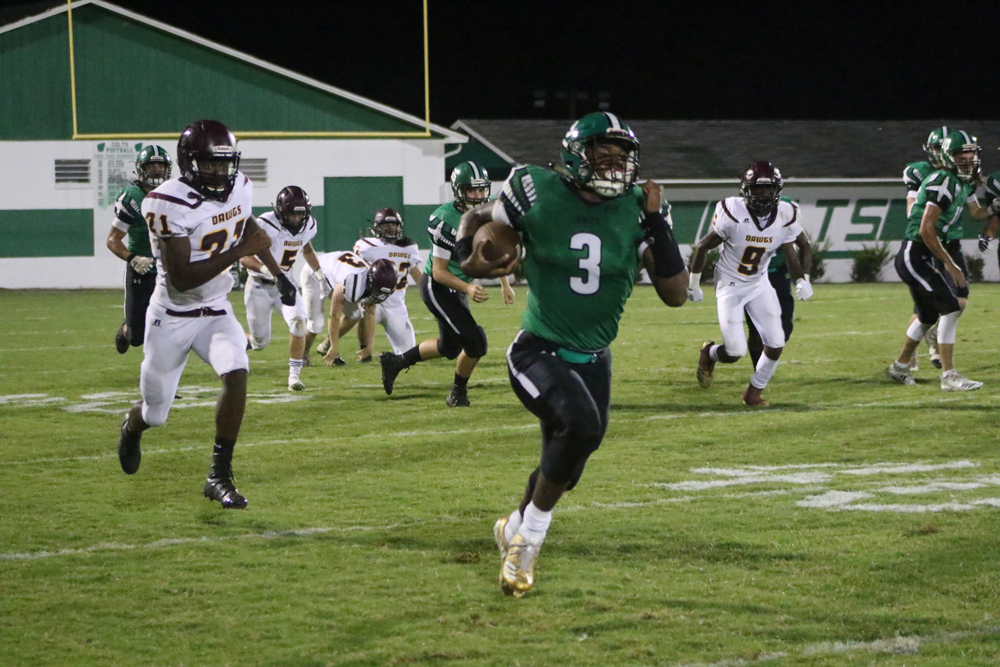 West Stanly (3-3) had 120 net yards on the ground, led by Jordan Poole’s 89 yards on 12 carries including a 56-yard touchdown run. Poole also posted an 86-yard kickoff return for a touchdown as well.

Through the air, West quarterback Harrison Montgomery was 5-of-9 for 45 yards including two completions to Hunter Stoker for 30 yards.

Lukas Scott had six tackles, including two for a loss, to lead the Colts’ defense, along with two tackles for loss and a punt block. Stoker and Christian Bowden also added punt blocks in the game for the West special teams. Poole added three tackles for a loss for the Colts.

For the Bulldogs (3-2), quarterback Chris Caldwell was 6-of-15 through the air for 143 yards and two touchdowns while also rushing eight times for 47 yards and a score.

Dominique Wiley led the ground attack for the Bulldogs with 88 yards on 10 carries and two touchdowns. As a team, Robinson had 186 yards on 30 carries.

Defensively, the Bulldogs sacked West’s quarterback three times, led by Herschel Brown, who had eight tackles, four for a loss, plus a sack and a fumble recovery.