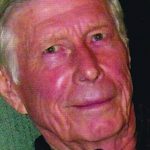 Funeral services will be held at 2 p.m. on Saturday October 6, 2018 at Aquadale Baptist Church. Rev. Delane Burris will officiate and burial will follow in the church cemetery. He will lie in state 30 minutes prior to the service. The family will receive friends on Friday evening, October 5, from 6 to 8 p.m. at Edwards Funeral Home in Norwood.
Mr. Almond was born on February 26, 1932 in Stanly County to the late Amos Pressley and Willie 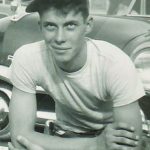