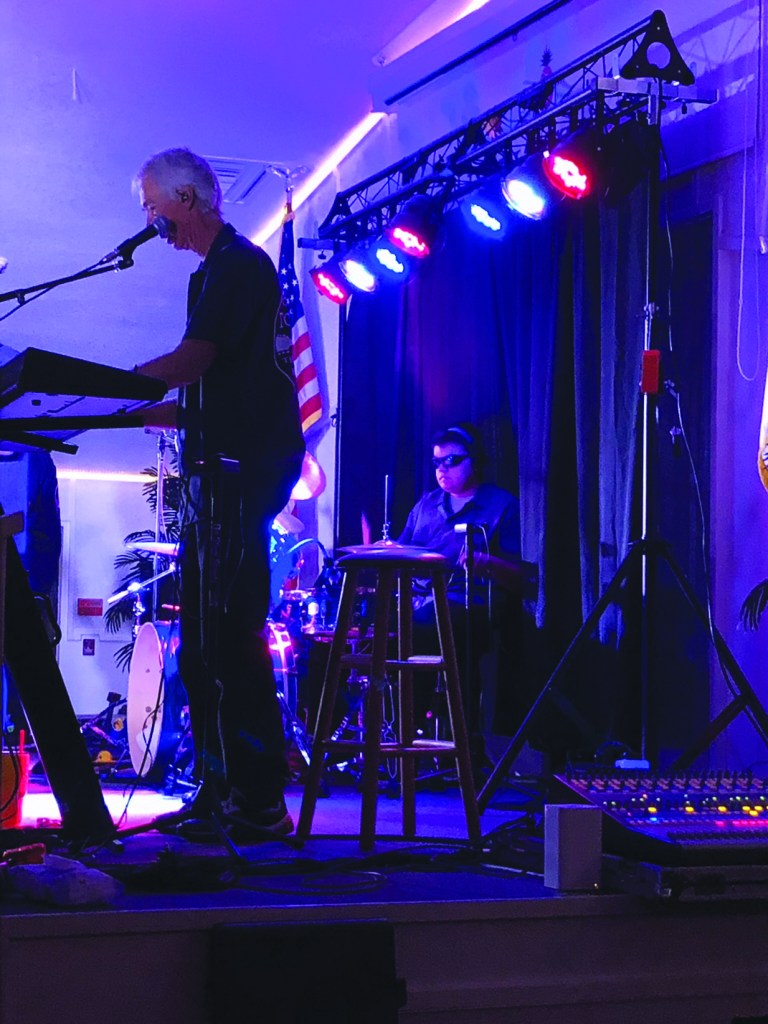 While some notice is given to Trent Ferguson because of his disability, it is more his ability that is attracting attention.

Ferguson, 20, was born blind with optic nerve hypoplasia, meaning the optic nerve did not develop fully.

But something that did develop was his sense of rhythm.

Ferguson says his talent became evident when he was 3 or 4 and began banging on the washing machine.

“My parents, grandparents, they always knew I had rhythm,” Trent Ferguson said from his home in Florida.

Trent is the drummer for California Toe Jam, a Florida-based cover band that has performed in Stanly County on multiple occasions. The band will return to Albemarle Thursday to perform at 7 p.m. at the Historic Central School Auditorium.

Tickets are $15 and available at Vac & Dash, 154 S. First St., Albemarle. Proceeds from the concert will benefit the Stanly County Concert Association.

The band, which has performed since 1984, will call it quits in 2019 after its Sunset Tour.

Ferguson became the band’s full-time drummer last December, but he had played with Toe Jam for 12 years.

“His first time playing with the band was at my daughter’s sweet 16 party. He was 8,” said lead member Harry Havery.

“He killed it and since then he has been called up to play a few songs whenever he is in the audience,” added Havery, who is the brother of Peter Asciutto of Albemarle.

But Trent knew Havery way before that performance.

They knew of Trent because T.J. Kinyon, his grandfather, has been in the band for more than 20 years.

“We were all just broken-hearted when it was determined that he was blind,” Havery said. “I knew, however, that Trent would be exceptional. I knew that he would be successful and an encouragement to others. …

“When Trent was born, we all naturally wondered if he might have some ‘Ray Charles’ type of music gifts. Turns out he sure does: drumming,” Havery said. “His first time playing in front of the church was when he was really young — I can’t even remember his age — but he played a little bongo on the song, ‘Little Drummer Boy’ at the annual Christmas special music service. From there he moved on to a drum set. My son Rodney gave him lessons until he became self-sufficient and was able to learn on his own.”

Trent became the drummer in the children’s band at church and the youth band. When he moved to St. Augustine to attend Florida School for the Deaf and Blind, he continued to play at Christmas programs at the church and whenever help was needed. Following graduation, he became the church’s main drummer.

At school, he became involved with Invision when he was in the fourth grade. He joined another school band, Outta Sight, during ninth grade.

Trent believes he is a nice fit for California Toe Jam, which plays hits from the 1960s-80s.

He likes the styles of Ringo Starr of The Beatles and Jerry Edmonton of Steppenwolf.

His favorite song to play is by Tommy James and the Shondells.

“[Hanky Panky] has a nice groove, has a nice bounce to it, I can play that sweet shuffle to it,” he said. “It’s just a fun song to play.”

Harry Havery speaks highly of Trent and says when the band needed a drummer last winter, he knew Trent was the person to call.

“He is a student of classic rock, and knows his parts inside and out,”

Havery said. “He plays the arrangements just like the records, and is great in his attention to detail. He is a breeze to play with, he’s a team player and puts the band ahead of his ego. He knows how to play to the room and is never overbearing. He comes in prepared and ready for work and gives 100 percent every single time. He has a tremendous work ethic. I respect him, I admire him, I love him and I love playing music with him.”

Havery believes having Trent perform during the band’s last season is taking some of the stress off him.

“It’s unbelievably sad to dissolve a band — really a family — that’s been together for so long,” Havery said. “Having Trent in the band and experiencing his relentless optimism and positive attitude makes me a better person and helps me keep life in a little broader perspective. He remains a blessing to me, and that’s a fact. I love that guy.”

After California Toe Jam wraps up after 35 years, it is unclear if Trent will continue his love for music or follow his dream of radio announcing.

He already co-hosts a sports show in Sebring, Florida and has a sports podcast on Soundcloud called Outta Sight Sports.

“I’ve loved radio, radio is a big passion of mine,” Trent said. “I would do whatever in radio.”

He draws inspiration from Enrique Oliu, a Spanish broadcaster for the

Tampa Bay Rays. He is blind and is a color commentator for the Rays.

“In theory, if you’re listening to it on the radio, you can’t see it,” Trent said.

“You need someone who can paint the picture.”

Trent said he was asked the other day if he could have sight, would he want it.

“I said no because the Lord made me this way for a reason,” he said. “I don’t let anything stop me from what I want to accomplish.”