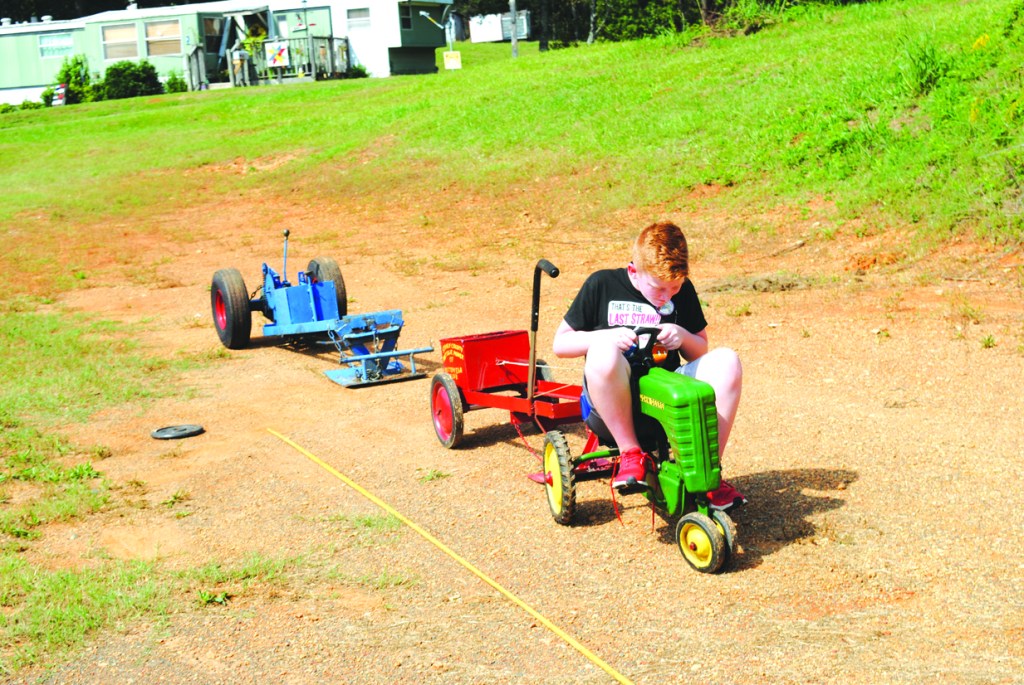 The Stanly County Saddle Club on Stony Gap Road has often seen horsepower. However, since 2011,  the term has during one annual event meant something different.

Tractors from Stanly, Rowan and other counties were on display, along with a series of lawnmowers, hit or miss engines and other antique farm equipment.

Smokey the Bear was in attendance with members of the local rescue squad.

Clay Little, president of the Stanly club, said it’s important for young people to understand “where their milk and bread come from.”

Little noted current Stanly farms are much larger in scale than the family-owned operations of yesteryear.

Shows like the annual festival, as well as the annual Threshers Reunion in Denton are wonderful for the old-timers, Little said.

“We can see stuff and reminisce about what we did when we were young,” he said. “Young people don’t see this growing up…I would like for (kids) to remember this is what built our country.”

The Stanly club president also said he would like to see kids have a place to spend more time with tractors and other things as opposed to computers.

Awards were given out by the club, including the ugliest tractor, which went to Brandon Phillips for his lawnmower. John Kluttz was awarded Most Original for his tractor, while the black hit or miss engine owned by Dean Springer won slowest running engine.

The Stanly County Antique Power Club meets every third Friday of the month at 7 p.m. at Jay’s Seafood. The public is welcome to attend the meetings and the club is always looking for new members, according to Little.