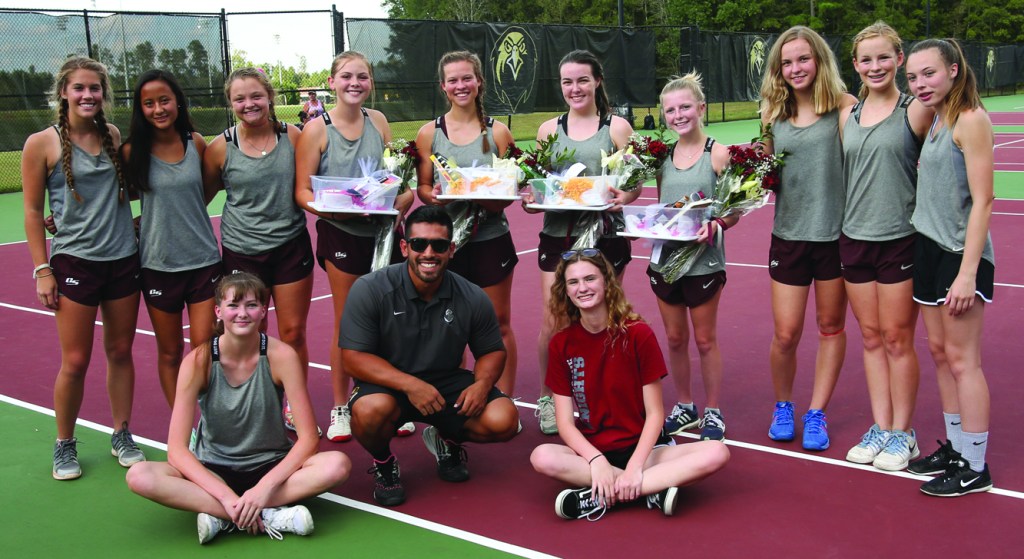 Playing on the Pfeiffer University courts, the Knights took five of six singles matches and added two doubles wins to claim the 2018 championship, 7-2, over the second-place Comets.

Gray Stone will have the No. 1 seed from the YVC heading into the dual team tennis playoffs slated to start Oct. 17.  North Stanly will be the No. 2 seed.