Curcio’s Corner: Making history one step at a time 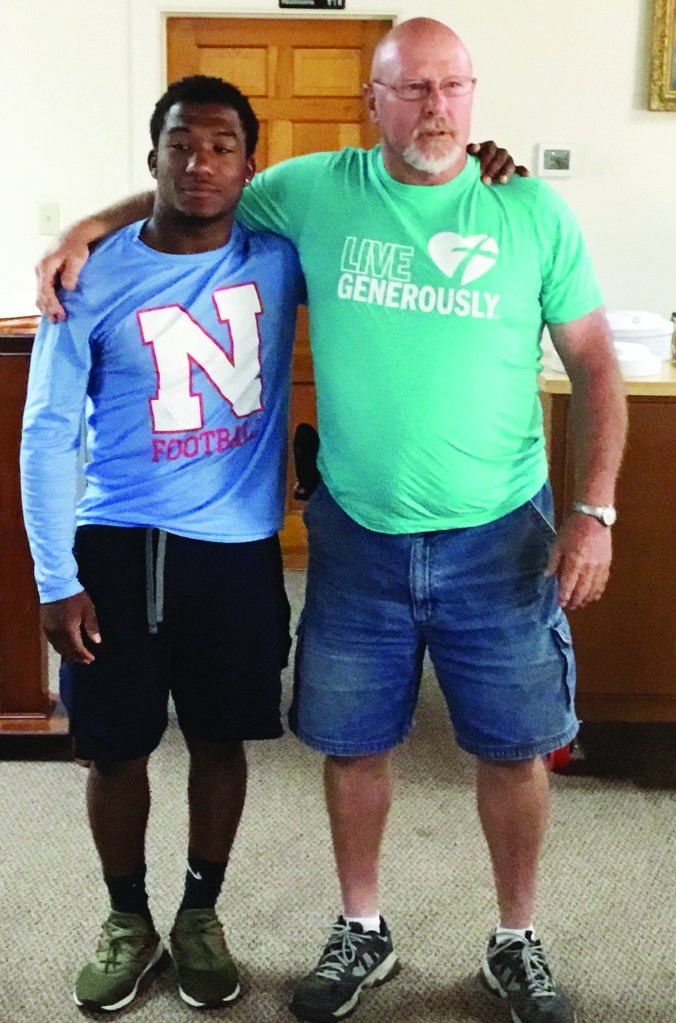 Contributed Cameron Davis (left) poses for a picture with Terry Almond, whose record of longest touchdown from scrimmage he broke this year.

So many times in covering high school sports these past 10 years, I have had the opportunity to witness moments of great importance on the field.

Many times, the biggest attention (and rightly so) goes to the championship teams, which Stanly has been blessed to have on numerous occasions. 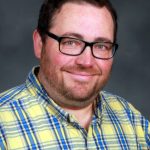 For me, though, as equally important as those times on the field are times off the field when players are recognized for their efforts on the field.

One example came to my attention recently when Mount Zion Lutheran Church in Richfield hosted the North Stanly varsity football team for a pregame meal.

Two people in attendance at the meal had their own roots at North Stanly, Terry and June Almond. Both graduated from North in 1967 where Terry loved the time he spent on the football field playing for R.N. Jeffery.

“He played the game with passion. I always said he would rather be playing football, than to eat when he was hungry,” June said in an email to me.

Terry had a record at North Stanly which was recently broken by a certain running back wearing No. 20. The two exchanged a moment of congratulation at that pre-game meal.

Let’s go back in time to Nov. 11, 1966 when the 3A Comets hosted East Rowan for a North Piedmont Conference matchup at the Comets’ football field, now named for that team’s coach, R.N. Jeffery.

Before the game, Terry’s mother, Betty Almond, asked if he would score a touchdown for her because it was her birthday. He took his mother’s request to heart.

The Comets had been practicing a play which had two players in the backfield with a wingback on the edge. The normal play would be to run one of the running backs to the wingback side, but in this case, the wingback went right and the Comets ran a sweep to the left. Quarterback Jerry Ridenhour gave the ball to Terry, the fullback.

Almond faked right, went left and got a block from either Gary Wagoner or Jerry Almond. He ran 98 yards down the field to the Mustangs’ five-yard line, then an East Rowan player dove at him, tripping him up. Terry managed to dive into the end zone for the touchdown.

He would later say each leg felt like it weighed about 150 pounds at the end of that run.

Needless to say, it was the longest touchdown from scrimmage in the history of North football.

Fast forward 52 years to Sept. 12 of this year at Northwest Cabarrus High School.

In the shadow of the team’s own end zone, Davis took a simple handoff from the one-yard line and found his way down the length of the field.

But it was not easy. He first avoided being tackled in the end zone, even putting his hand down on the ground to avoid giving up a safety. Davis kept stretching the play to the sideline, then cut upfield.

At about the 20-yard line, Davis, all 5-foot, 8 inches and 180 pounds of him, put his shoulders down as he ran right over a Northwest Cabarrus defender. It became a footrace down the field, but Davis had one more player to avoid.

Sam Walker, a senior strong safety and quarterback, had an angle for the tackle. But like Almond’s run of 98 yards, Davis needed someone to block Walker. He got that from a wide receiver with a familiar last name: Colby Almond. “Cobb,” his nickname heard more than once in a baseball dugout, put his left shoulder into Walker, slowing him up enough to give Davis room to run.

However, Walker had not given up on the play yet around the Trojans’ 30-yard line. Fortunately for North and Davis, neither had another Comets wideout, L.J. Rush. Coming from the other side of the field, Rush nudged Walker out of bounds allowing Davis a wide open field the rest of the way.

June said something in her email which really stood out for me and she is spot on. Opportunities like that do not come around very often.

While the touchdown came in a loss to the Trojans and it was one of 78 rushing TDs Davis has in his career (not counting last Friday’s homecoming game), it meant enough for Terry to have a photo with Cameron at that pre-game dinner.

I had the same feeling reading about this I did while listening to Lewis Bramlett’s fine presentation on the history of the building of downtown Albemarle, and I believe this to be true: if you don’t know where you are from, you can never truly know where you are going.