After more than 11 years of leading The Stanly News & Press, Sandy Selvy-Mullis has elected to resign her post as publisher.

A new publisher for The SNAP was named on Thursday.

Roger Watson will begin his role at The SNAP on Oct. 23.

“Roger Watson is a talented and experienced newspaper operator,” said Greg Anderson, publisher of The Salisbury Post and manager of the newspaper group that includes The SNAP.

“Roger is a hands-on, lead-by-example manager who is deeply committed to the community he serves,” Anderson added. “His newspaper in Staunton, Virginia was recognized by Gannett as the best small newspaper the last five years in a row. Roger is well-known to us. He has worked side-by-side with our publishers in the Virginia Press Association.” 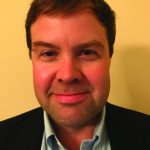 Roger Watson has been named the new publisher of The Stanly News & Press.

Watson, 49, has been a newspaper publisher for 18 years, most recently at The News Leader in Staunton, Virginia.

Watson visited The SNAP last week after learning of the job opening. He was glad to see the county had substance and wasn’t just a bedroom community to Charlotte.

“It’s a community newspaper with a long-standing tradition in Stanly County,” he said of The SNAP.

He sees his role as publisher as one of helping the SNAP’s advertisers prosper as well as one of moving the community forward through community involvement.

Watson worked his way up in the business, serving as sports reporter, sports editor, general assignment reporter and editor before accepting administration roles such as president, general manager and publisher.

He received a Bachelor of Science degree in Communications from Appalachian State University and was radio station manager of WASU. He entered college wanting to be a sports broadcaster, but after working at the school newspaper found a fondness for print. His first job out of college — which he completed in three years — was as a sports reporter with the Morganton News Herald.

Both Roger and his wife, Jenelle, are native North Carolinians.

“We welcome them home,” Anderson said.

The Watsons have three children — one in college and two in high school.

Roger Watson looks forward to transitioning into his new role and learning more about the community.

Sandy Selvy-Mullis arrived at The SNAP in April 2007. 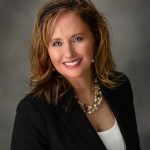 Sandy Selvy-Mullis leaves the SNAP after 11 years as publisher.

“I loved my time at The Stanly News & Press,” Selvy-Mullis said. “I will really miss this team of great individuals and wish them all the success.”

During her decade-long tenure, the SNAP received many awards and recognitions from the North Carolina Press Association as well as organizations in the community.

“I am very appreciative of the support we received from our readers and customers during my time as publisher,” she said.

“It has been a privilege to work with Sandy Selvy-Mullis,” Anderson said. “Sandy’s hard work and dedication to serve readers, customers and those she works with built a strong foundation for the Stanly News & Press. She is a great leader, a true professional and an exceptional human-being.”

Her last day will be Friday.

“I’ve spent 22 wonderful years in the newspaper business, but believe this is a good time to start a new chapter in my life,” she said. “Stanly County is my home and I will not be leaving the area and I will continue to be involved in various community organizations in the county.”

Students can apply for free during College Application Week