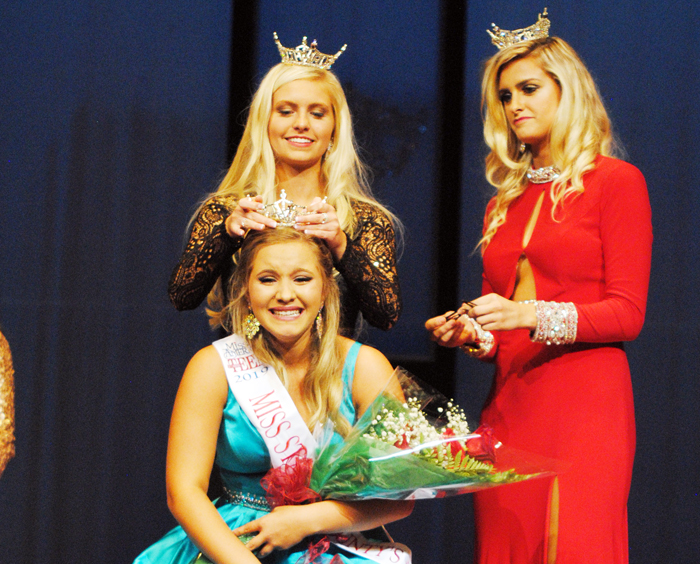 One of those competitors, Pinecrest High School senior Cassidy Stoltenberg, had stood on the same stage the previous season but heard her name called out as first runner-up for the crown to MacKenzie Page.

“I’ve worked very hard for this. I’ve competed quite a few times and come just shy of the crown,” an emotional Stoltenberg said after the festivities. “When they called my name, I was absolutely blessed.”

Stoltenberg, a competitive gymnast and dancer, said she spent “countless hours in the dance studio” working on her routine for the pageant as well as preparing for interviews. For the talent portion of the evening, Stoltenberg performed a lyrical dance to the song “In My Arms” by Plumb.

Her platform, bullying, is one near to her heart and hits close to home, she explained. During the pageant, she was asked about her older brother, whom she said was bullied from sixth grade through his senior year.

“Seeing him change his attitude about going to school, and his feeling about himself, I never want to see anyone go through that,” Stolenberg said, adding all the hard work is worth it “if I can make a difference even if it’s only in one life.” 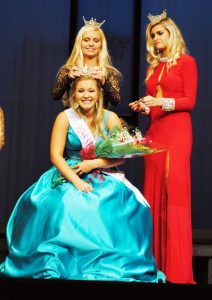 During the pageant, she also said, “even though I was four years younger than him, I let him know I’m here and he can talk to me, that there are people behind you and you are loved no matter what.”

Along with the national unity day against bullying, she wants to help establish a county-wide unity day as well in Stanly.

“I want to spread the word about my platform and help people understand what they can do,” Stoltenberg said.

She also spoke about starting a jeans for teens drive, saying “73 percent of bullying is based off appearance. I definitely want to try and help any what that I can.”