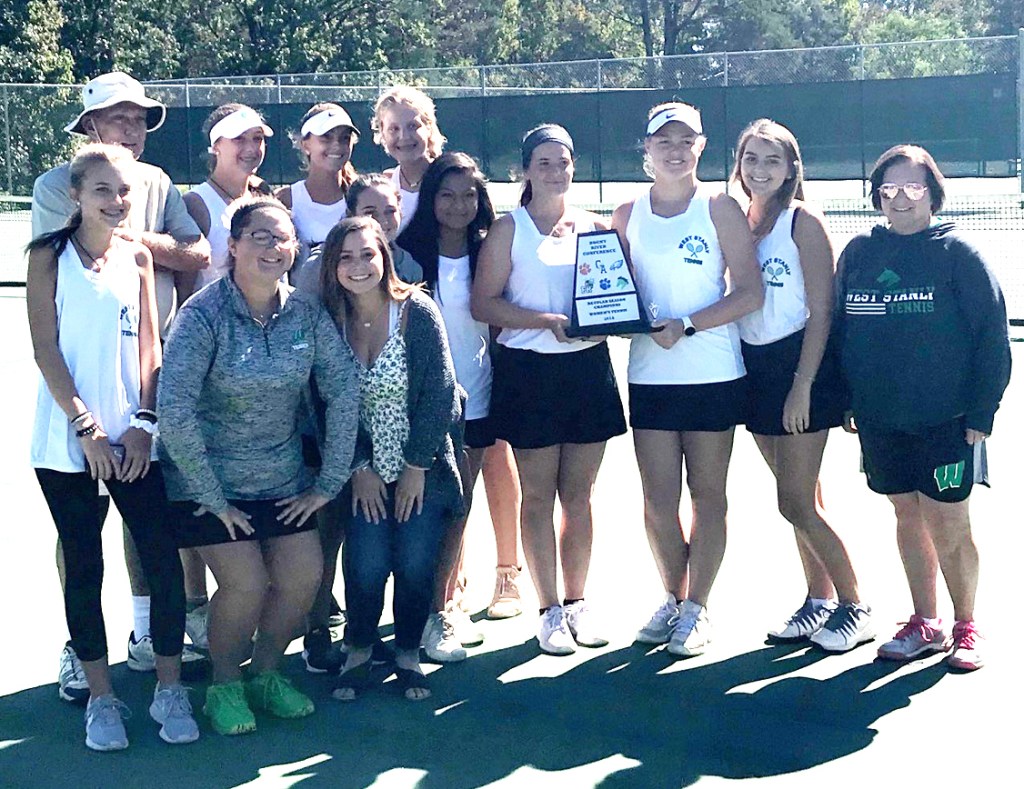 The West Stanly women’s tennis team earned a victory in the final game of the regular season over Mount Pleasant to finish tied with East Montgomery for first place in the Rocky River Conference.

In the matchup with the Tigers, Cortney Queen, Riley Smith, Meredith Harwood and Maryn Mauldin all won in singles play to put West ahead 4-2.

Before doubles play finished the match was postponed one day due to rain. The Colts then swept all three doubles matches to beat Mount Pleasant 7-2.

West Stanly then faced off with East Montgomery in a tiebreaker match to determine who would earn the No. 1 seed from the RRC into the dual team playoffs. The Colts won that matchup at Chuck Morehead Park over the Eagles 5-3.

Queen, Harwood and Mauldin won in singles, meaning the match was tied 3-3 going into doubles play. The pairings of Morgan Edwards/Meredith Harwood and Riley Smith/Maryn Mauldin won to give the Colts the berth into the playoffs.

West Stanly also hosted the Rocky River Conference tournament for singles and doubles on Oct. 12. Mauldin finished second in singles and the team of Edwards and Harwood were third in doubles, meaning both advanced to play in the 2A regionals this weekend at Salisbury.