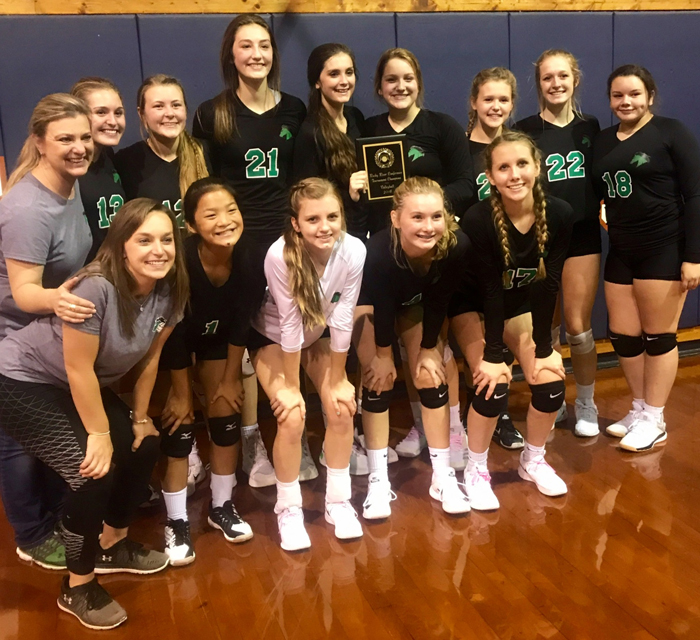 The volleyball teams of West Stanly and Mount Pleasant entered Thursday’s Rocky River Conference tournament finals having already played 10 sets of volleyball against one another in the regular season.

Playing at Anson County, West again took the Tigers to five sets, but this time came out victorious winning the tournament title.

Madison Kee, Raelee Furr and Addie Barbee each had 14 kills to lead West Stanly. As a team, the Colts had 64 kills.

Addie Barbee also led West with three aces and 15 of the Colts’ 28 assists.

“Once again, the match against two rival teams never fail to provide fans with their money’s worth,” West head coach LaRhonda Watkins said.

“Both teams battled for each set.  I couldn’t be more proud of the Colt players over the hard work, dedication and heart they’ve put into their season.  Tonight made it all worth it to see them celebrate.”