1A Playoff Notebook: Three Stanly teams advance to second round 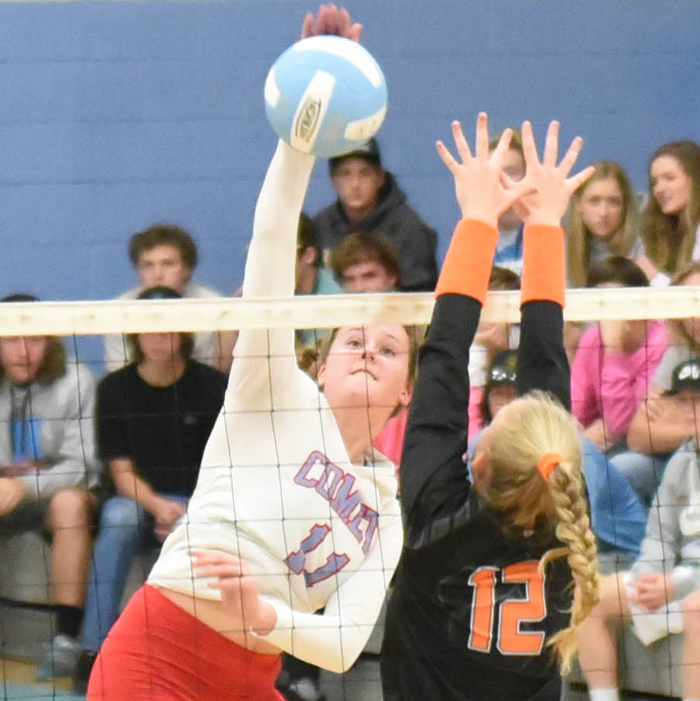 North Stanly’s Nicole Lowder goes for a kill in the Comets’ win over Rosman Tuesday. (Photo by Dawn Lucas)

In first-round 1A state volleyball playoff games on Tuesday, two Stanly teams played at home while the other went on the road.

The Comets, winners of the Yadkin Valley Conference regular-season title, entered the playoffs as the highest seed from Stanly, a No. 8 seed.

North hosted the Rosman Tigers out of the Smoky Mountain Conference and swept the visitors in three straight with scores of 25-16, 25-22 and 25-14.

Merris Talbert and Nicole Lowder led the Comets (17-3) in kills while Brinn Kimrey paced North in both digs and service aces.

The No. 15-seeded Bulls started slowly in the team’s home match against the No. 18 Granite Bears, rallying to win the first two sets. Mount Airy took the third but South secured the playoff win taking the fourth and final set. 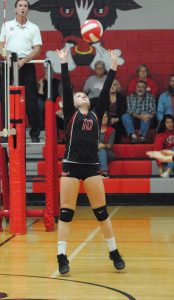 The only Stanly team on the road in the opening round of the state playoffs were the reigning YVC tournament champions, the Gray Stone Knights.

Gray Stone earned a No. 22 seed in the playoffs and traveled to No. 11 South Stokes where the Knights won in four sets over the Sauras.