North volleyball advance to third round with home win 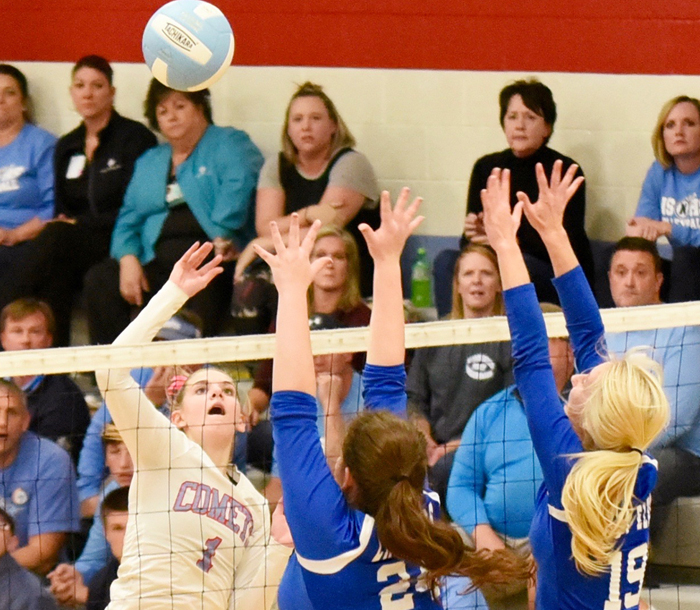 The North Stanly volleyball team has been a force at home all season. The Comets entered the 1A state playoffs with an 8-1 mark at home, including seven straight wins within the columbia-blue walls of the Comets’ home gymnasium.

After winning at home in the first round Tuesday, the No. 8 Comets hosted No. 24 Elkin, who had upset No. 9 Hiwassee Dam in the opening round in three straight sets.

The two teams split the first two sets but the Comets took the final two sets in close outcomes, winning in four sets over the Elks.