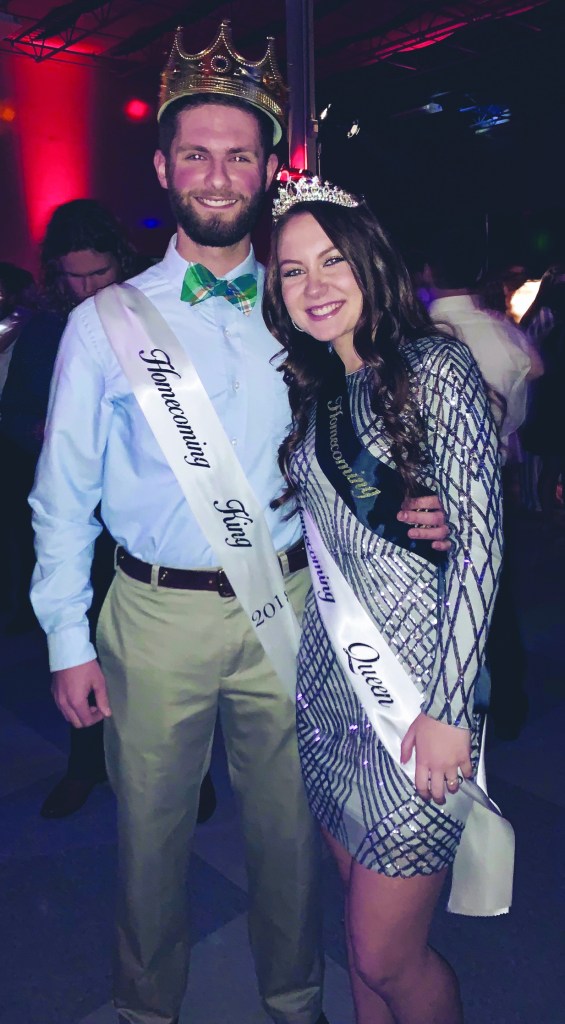 North Carolina weather is never predictable, but this autumn’s patterns have interfered significantly with high school schedules — especially in sports.
Gray Stone Day School had to alter its homecoming week in order to compensate for the weather.

In lieu of incoming storms and fast-approaching play deadlines, the school made the decision to move its homecoming game against Asheboro’s Uwharrie Charter Academy. Even with the change in schedule, the unruly weather did not rain on Gray Stone’s students’ parade.

Gray Stone, as a charter school, inherently has an unusual homecoming, even with no weather interruptions. Without a football team, students rally behind the men’s soccer team during Spirit Week, a unique facet of the school.

It was an interesting game, to say the least. Due to the last minute change, only two of the standard three officials made it to the match. Instead of playing at Pfeiffer University’s facilities, per usual at homecoming, the teams faced off at Gray Stone’s field, which has no bleachers; this did not stop students from coming to support the Knights.

After an 8-0 win of Uwharrie Charter, the school celebrated with Spirit Day, where students dressed in garnet and gray to show their school pride.

The senior girls decided to take Spirit Day to the next level by starting a new tradition: senior overalls. While underclassmen took the PSAT and PACT standardized tests earlier in the week, many girls decorated overalls with paint, glitter, ribbon, fabric and more in school colors. Part keepsake and part team-building, the girls spent as much as 12-18 hours on their overalls, each pair unique.

The following Saturday brought the long-awaited homecoming dance. This year’s theme was “Celebrate the (K)night” at a ball in the school’s Commons area.

Students at Gray Stone look forward to school dances each year because, with hectic schedules and as many as 50 miles between students’ homes, it is a rare occasion when friends see each other outside school.

After a school-wide vote, Madison Hatley and Emery Culp were announced queen and king midway through the dance. Attendees raised their cellphone flashlights to illuminate the room when the two danced after being crowned.

In the weeks following Homecoming Week, Gray Stone’s chapter of National Honor Society is keeping the spirit going by holding a Thanksgiving Food Drive Class Contest in both the upper and middle grades.

All proceeds will go to benefit Rowan Helping Ministries food pantries ahead of the busy holiday season; though the school is located in Stanly County, many students who attend the school live in the Rowan area.