Honor a veteran this weekend

Mom always tells me I remind her of Grandpa McLester.

She says I have his mannerisms, of being quiet, usually going with the flow. 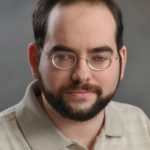 I already have a good start on his hairstyle. Though I figure I’ll end up more with the Grandpa Drye haircut: not any to cut.

Grandpa McLester was a U.S. Army veteran of World War II. I had uncles who served in the military, but the impact of battles could be seen through Grandpa.

Like many veterans, he did not like to talk about it. I still do not know all of what he did while serving in Japan, except the part about digging graves.

I also know about him becoming injured when the jeep he was riding in hit a gas truck. He was severely burned across his body. It caused years of pain and ultimately led to his death.

But he used his hands as well as his mind, another trait Mom says I get from him, although Dad disagrees on that point sometimes.

He worked as a mechanic and probably could have taught at some of the local high schools. Whenever we have a problem with a car, Mom often wonders, “What would Junior do?”

He may have been a small man in stature, but he made a great impact on those who knew him.

When Grandma died we found another way of just how he used his hands in the name of love. We found a box of love letters mailed to the love of his life during his time in the service and while recovering from being burned.

My dad is a disabled American veteran, too. He didn’t serve in a war zone, but he was active duty during Vietnam. He knows a few from here who either did not return home or were forever changed by what they saw.

Through me, he salutes his fellow veterans on this weekend, and every day — the ones who lived to share their stories and the ones who gave all for their country.