Sam’s Heroes gives back to veterans 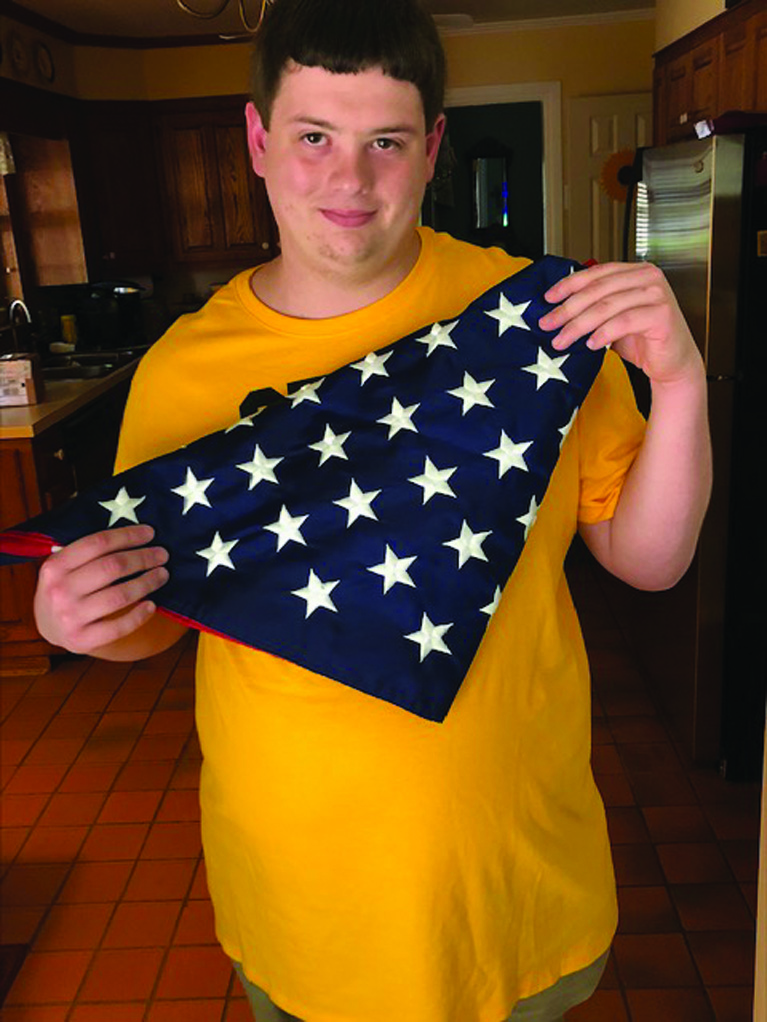 Contributed Sam Poplin displays a flag which flew over the U.S. Capitol. It will be presented to West Albemarle Baptist Church Sunday.

Sam Poplin is not a veteran.

But he does like veterans. He has had an interest in World War II, vehicles and ships for as long as he can remember.

Sam has a tendency to thank a veteran. Whenever he is out he tries to reach them and thank them for their service.

However, Sam did not believe that was good enough.

“I’ve always taken an interest in veterans,” the 23-year-old said.

“They don’t get recognized enough.”

So Sam came up with an idea to honor veterans of the church he attends, West Albemarle Baptist.

On Sunday, around 30 veterans will be honored with a meal. A flag that flew over the U.S. Capitol Building, obtained through U.S. Sen. Richard Burr’s office, will be presented to the church during the event dubbed Sam’s Heroes.

“We’re recognizing the living ones now, but we’re honoring all the members of West Albemarle Baptist Church who’ve ever served,” said Dale Poplin, Sam’s father. “[We’re going to] recognize different branches, give some of them an opportunity to say how they saw God working during their service time.”

Pastor Adam Hatley applauded Sam for the idea and says he has witnessed him grow in the church.

“He is just so caring for others,” said Hatley, who has been pastor for 11 years. “He shared it with our Sunday school class. They are just a bunch of doers and want to do for others.

“We’re just very excited to be able to do it as a church, but especially with Sam’s vision to do this. It’s been a joy to see that from him.”

Hatley says the church would “love to do it across our community,” so it may grow in future years.

As for this year, though, Sam has a simple message to veterans everywhere.

“Just thank you,” he said. “Thank you for your service.”