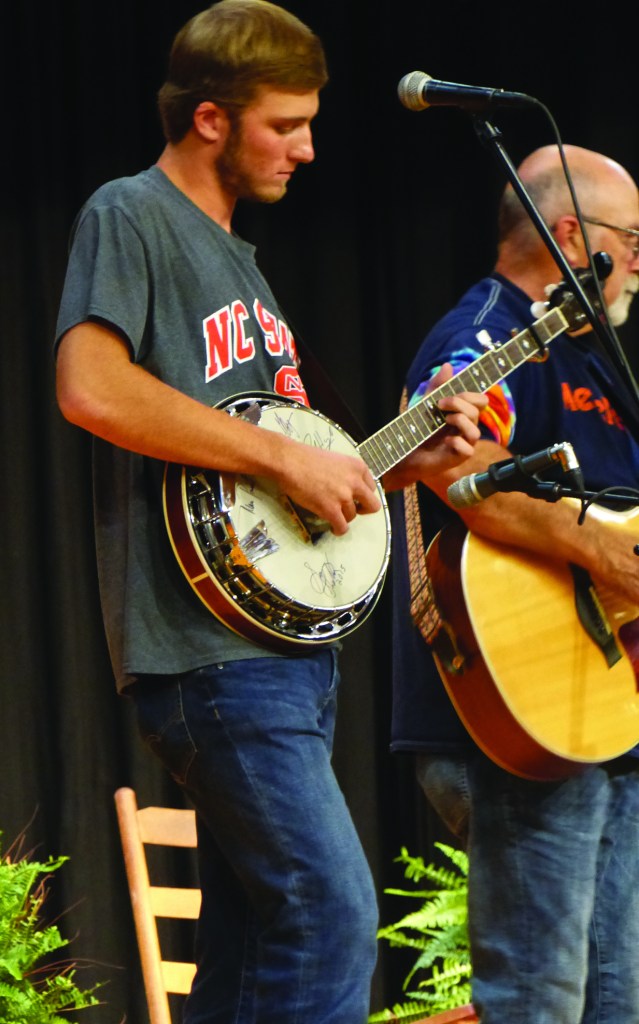 The 52nd Annual Granite Quarry Fiddlers’ Convention was hosted by East Rowan High School, but due to power outages from Hurricane Michael it was literally down to the wire.

Sponsored by the Granite Quarry Civitan Club, members worked through on food preparations and decorations by generator-powered lights with the promise that utility companies would restore electricity in time for the show.

The Civitan Club faced a 5 p.m. deadline set by the school system. If power was not restored by then, the Fiddlers’ Convention would be cancelled.

As the 5 p.m. deadline loomed, more than 60 entries had registered for the talent competition. Five minutes before the building was to be evacuated, electricity was restored and the assembly erupted in a frenzy of cheers and applause.

Following a 90-minute delay, contests began for both youth and adults. Midway through the competition, musician and promoter Pammy Davis Lassiter of West End was presented an award for her dedication, preservation and promotion of bluegrass and traditional old-time music.

Despite monetary loss in food sales and admission, the Granite Quarry Civitan Club was most appreciative of all who helped by giving their time and talents to the fundraiser and was grateful to the hardwork of the utilites crews allowing the show to go on.