WOMEN’S SPOTLIGHT: Love of service to country runs in the family 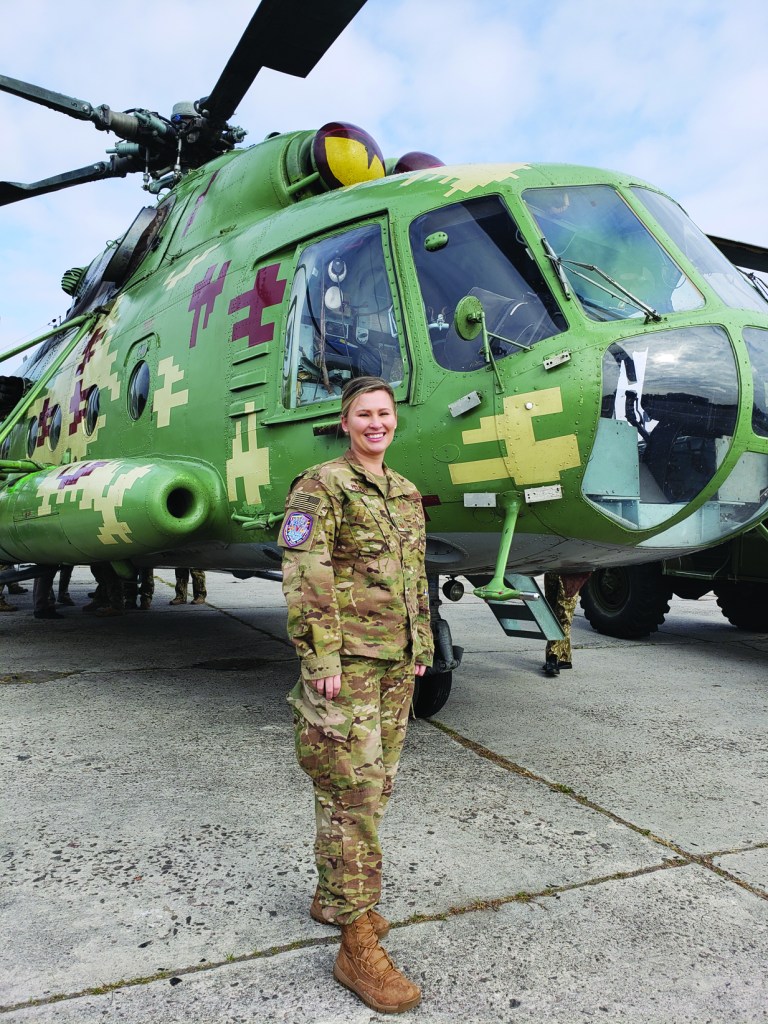 Contributed The Mi8 helicopter is used for transport and can also be a gunship. The Ukrainians use it to drop in troops via parachute which is what they were doing both times Jacqueline Plumley (above). This is at Starokonstantinov Air Base, in the Khmelnytskyi Oblast region of Ukraine.

Jacqueline Plumley just got home from the Ukraine and she will soon be off again as part of the career she says she fell into — one she would not change for anything.

“I feel very blessed that I fell into the profession,” said Plumley, who has spent 13 years with the same Air National Guard unit in New London. “A lot of times people staying with the same unit is unheard of.”

Plumley, who was Jacqueline Kaminski as a 2004 graduate of North Stanly High, joined the military as a way to go to college. She said she took the path toward air traffic controller because it paid more.

But the military is nothing new to Plumley.

“I always had an interest in the military because my dad was in the Army and both my grandfathers were in the military and my family has always been patriotic,” she said.

Her husband, Gregory “Chase” Plumley, is a master sergeant, just like his wife. His brothers are active duty as well, and her brother was in the service.

“We’re pretty much had parallel careers,” she said. “I’ve been in about a year longer than him, but most of our promotions have been side by side and our deployments side by side.”

She said deployments are usually volunteer, allowing one of the two to be at home with their three sons, Gage, 8, Foster, 5, and Thatcher, 4.

“They are probably harder than the military. Definitely harder,” she said.

She said they would be proud if their sons chose a career in the military.

“It’s a good way to pay for college, [and] just contribute back to society,” she said.

The couple spent time as recruiters in Washington, D.C., and have seen multiple trips overseas, including Iraq.

“A lot of my career is spent at this [Stanly County] airport training other air traffic controllers,” she said.

“I’m hoping to eventually commission to make an officer,” she said. “Then I will outrank my husband forever.”