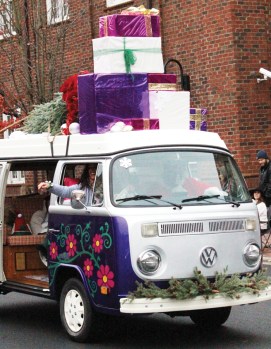 Chell Mullis and Elton Liles of Stanfield display Christmas cheer in their 1979 VW Volkswagon Type 2, a.k.a. Vanagon, during the 2018 Locust Christmas parade. (Photo by Charles Curcio) 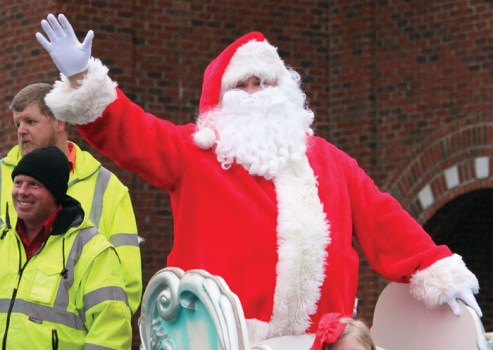 Santa Claus closed out the 2018 Christmas Parade on the City of Locust float. (Photo by Charles Curcio) 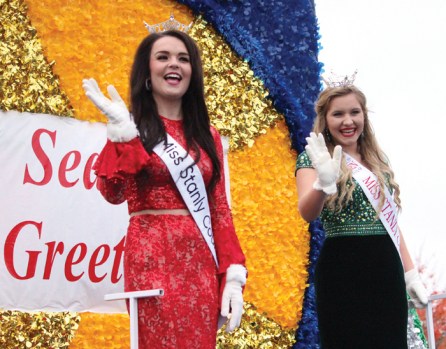 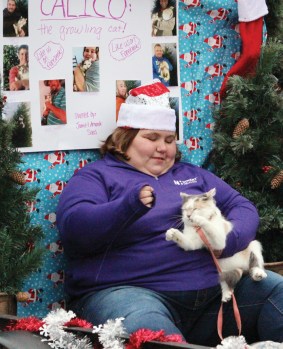 Calico the Growling Cat, owned by Jamie and Amanda Sikes, plays to the crowds at the 2018 Locust Christmas Parade. (Photo by Charles Curcio)

The 36th annual Locust Christmas Parade filled the streets of the city Saturday and drew fans despite bitterly cold temperatures.

Locust Parks and Recreation director Emily Jones said the staging went smoothly for this event, which had representatives from approximately 50 businesses and local organizations.

For the first year, the city was charged with the responsibility of organizing the parade, taking over for the Lions Club which had managed the event for 35 years.

This year’s parade was slightly shorter than last year, having no horses and less tractors due to the cold conditions, Jones said.

She added this year “was a good start for the city” in managing the parade. While not making major changes to the parade, Jones said the city had a more formal registration for this year’s event. Doing so will help the city keep in touch with participating groups for information on next year’s parade, she added.

“It was a good way to get our feet wet,” Jones said about the city managing the parade.