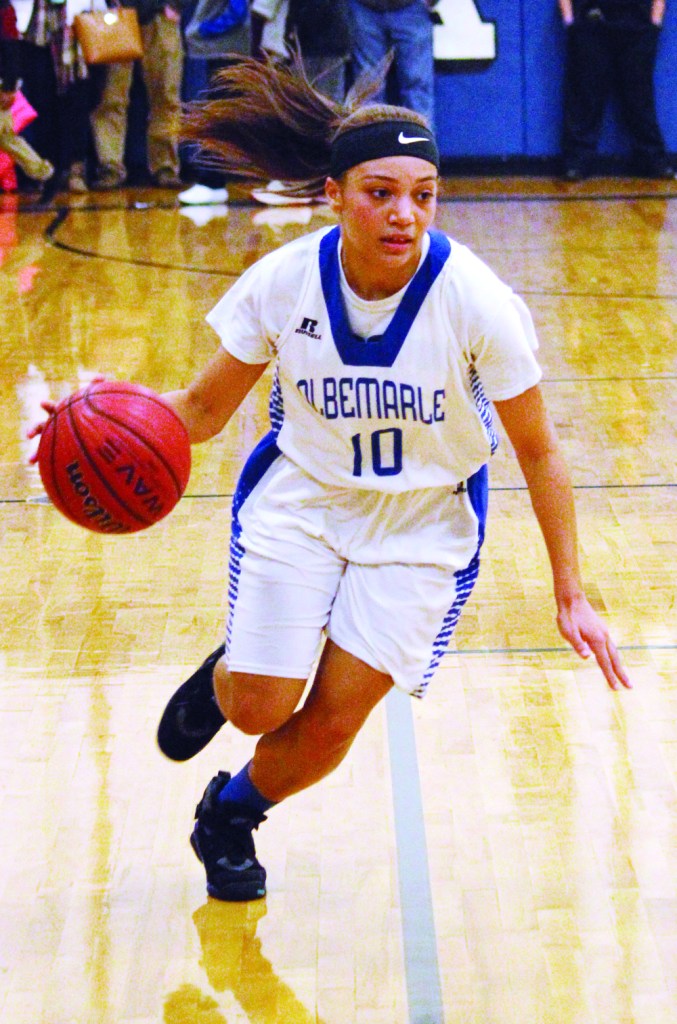 Big offensive outputs in the first and third quarters lifted the Albemarle women’s basketball team to its fifth straight win over West Stanly in a 69-40 home win Wednesday night.

Krystin McLendon led four in double figures for Albemarle (2-0) with 21 points. Zycoria Tillman added 16 points while O’Jayy Stanback came off the bench to score 12. Armani Baldwin added 11 for the Bulldogs.

Brittany Greene was top scorer for the Colts (0-2) with 12 points.

The Bulldogs’ best shooting quarter in the game came in the opening period. Albemarle was 9-of-17 overall and 3-of-6 on threes, leading 7-2 early. The Bulldogs outscored West 11-0 over the final 3:21 of the first period.

In the second, the Colts went to the line 13 times, hitting seven free throws, and got within 10 midway through the quarter. Albemarle built the lead to 16 by halftime, 36-20.

Albemarle outscored West by 15 points in the third, built on a 7-of-10 performance at the foul line while hitting three times from behind the arc. The Bulldogs led by 31 points after three quarters, the biggest lead of the night for the hosts, 58-27.

West outscored the Bulldogs in the final period, getting four points from Addie Barbee as both teams liberally substituted in the fourth.

“We weathered the first half. We got in foul trouble in the end and tried to get through it,” Albemarle head coach Eric Davis said. “In the second half, we played good fundamental defense.”

Albemarle returns to action at home Friday against Anson County while West Stanly is off until Tuesday when the Colts host South Stanly.